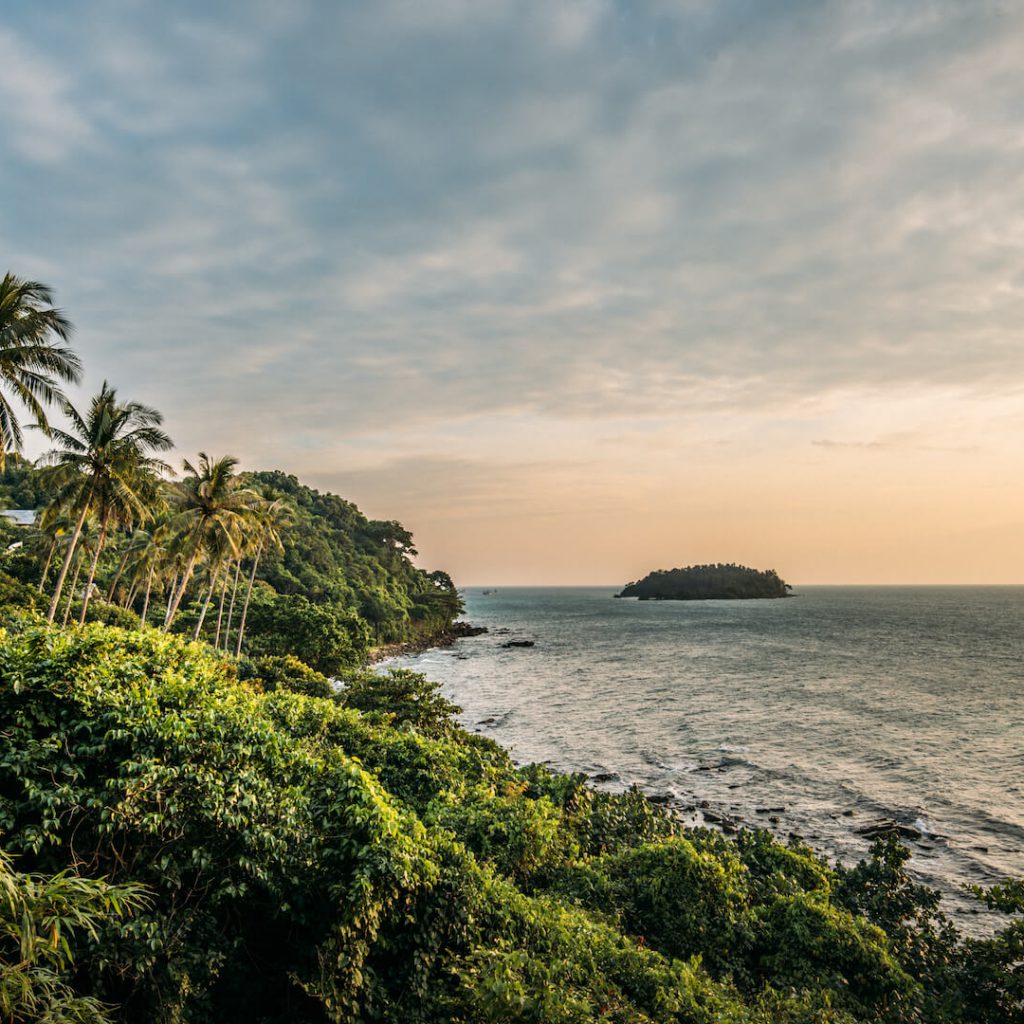 Our time on Koh Mak had to come to an end at some point (unfortunately). Next stop: Koh Kood. We took the speed boat (400 TB) and the cruise was anything else but fun. The wind was strong and so were the waves. The speed boat hit the water very hard and you could feel it in every bone – but after some time we arrived safely.

We stayed at Soneva Kiri and we were excited to see this resort which is famous for its ecological and sustainable style. Every guest has an own “butler” (Mr. or Mrs. Friday) who assists you with anything you could imagine.  Our Mrs. Friday (her real name was Jane) showed us around. With a golf car. No more words needed, right?!

Soneva Kiri is huge and every villa has an own garden and pool. We were lucky and we even had our own little piece of beach. Our house was beautifully decorated. Very simple and it felt like vacation immediately. The best part: Our “bathroom” which was outside in the jungle. It felt so nice being outside, having a shower, taking a bath or brushing the teeth. Very adventurous 😉

We explored the resort and we immediately liked the chocolate room with tons of chocolate (open 24/7 to reduce the chocolate cravings) and Moritz really liked the ice room with loads of ice cream. We could have stayed there forever, but we had a tour with the leader of the eco-center who wanted to show us how Soneva Kiri produces fruits and vegetables. One of the most interesting facts we have learned on the tour: pineapples grow on little bushes and every plant carries only one pineapple per year. Did you know?! It’s incredible!

Dinner at “The View” and Halloween

In the evening, we had a sunset cocktail with an amazing view at the sea and some smaller islands. Wow that felt so nice. Afterwards, we went to the restaurant and we had a great table right at the edge. It was very romantic with a lot of candles and nice decorations. However, we were not too excited about the food. It was European and it did not have the taste you would expect from such a great place. However, nothing could beat the view!

We nearly forgot that it was Halloween. But an international resort like the Soneva Kiri made sure, we would remember 😉 we visited the “Haunted House” which was decorated by the staff and the children who stayed in the resort. It was really cool and the even the costumes were on point. We saw a creepy nun, a spooky witch and a lot of other characters.

When we came back to our house, we went for a swim in our own pool and then we took a bath in our jungle-tub. Living the luxury life at Soneva Kiri 😉 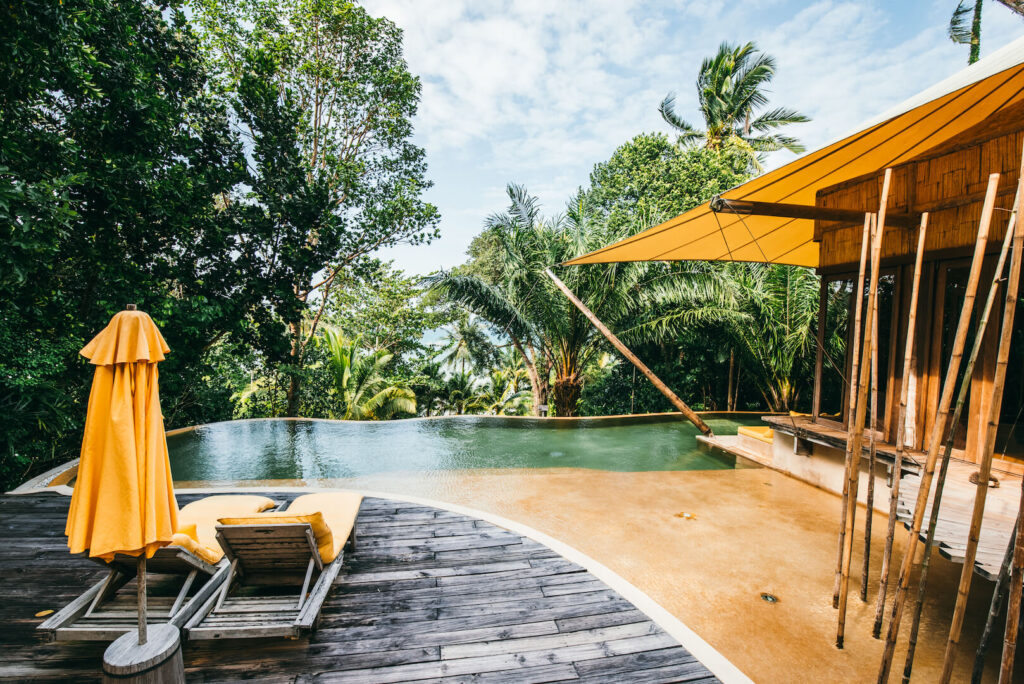 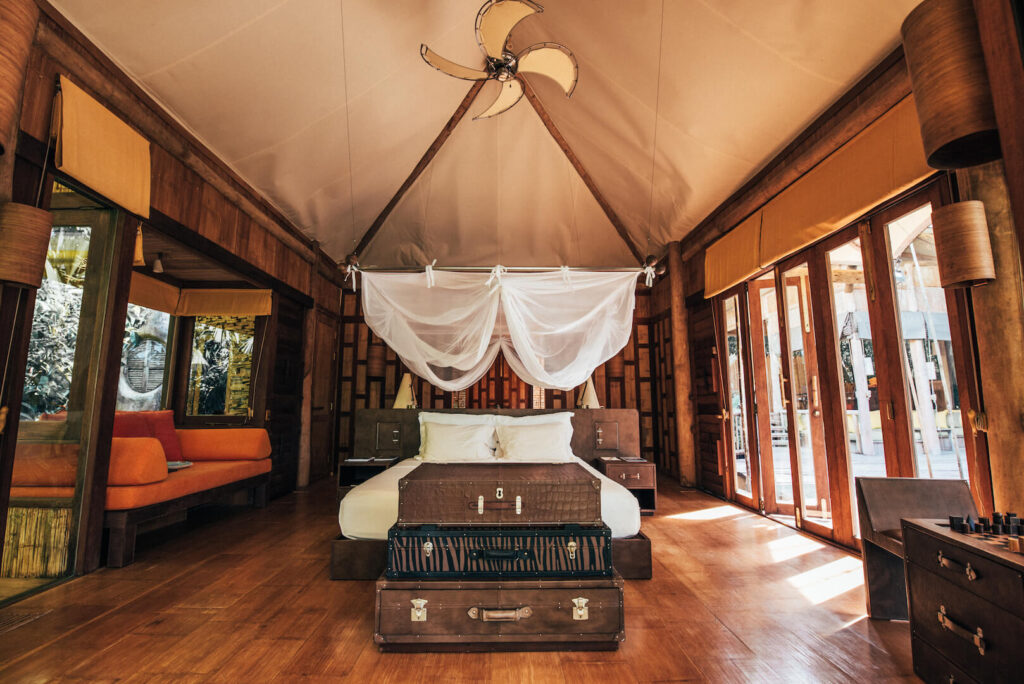 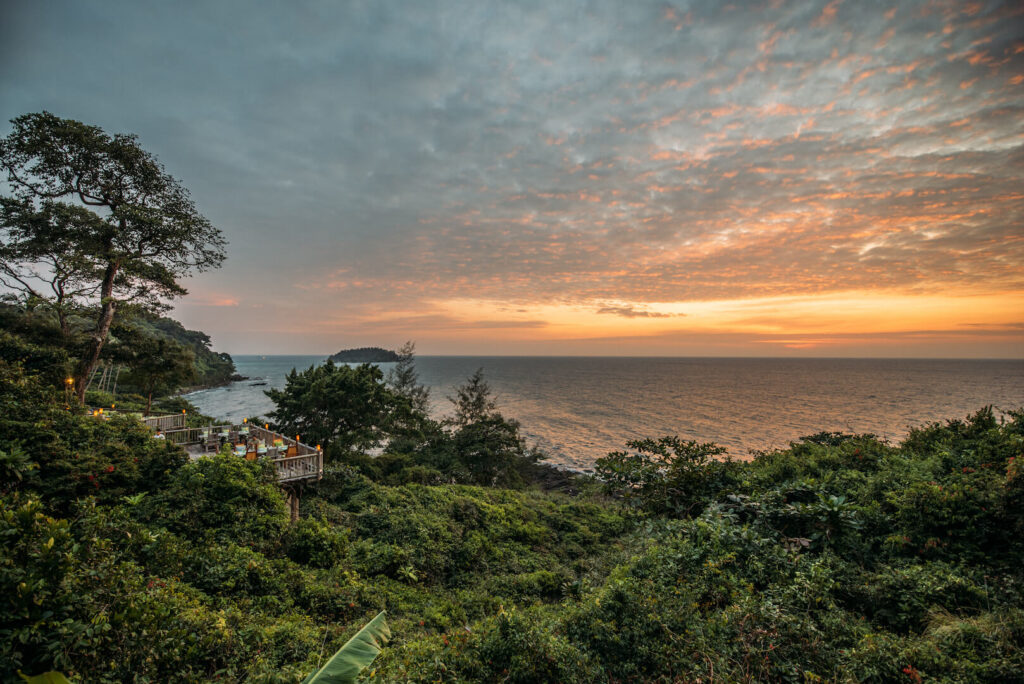 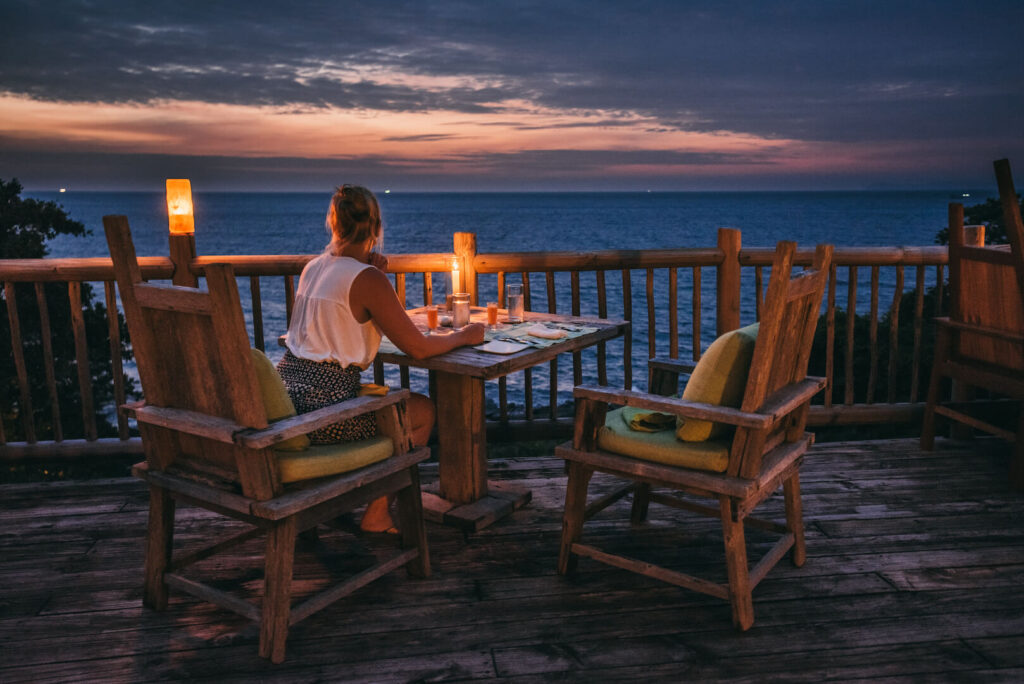 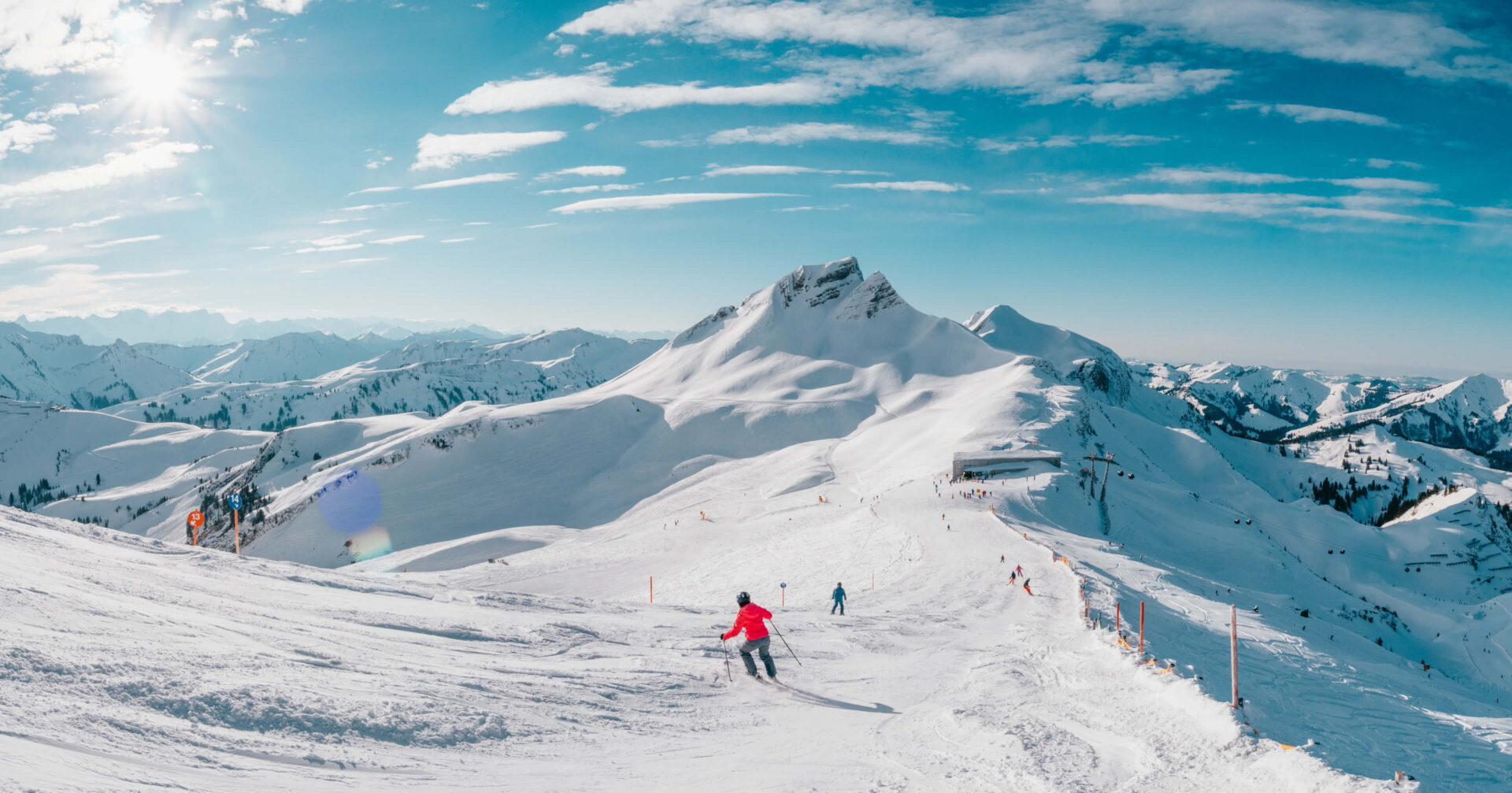 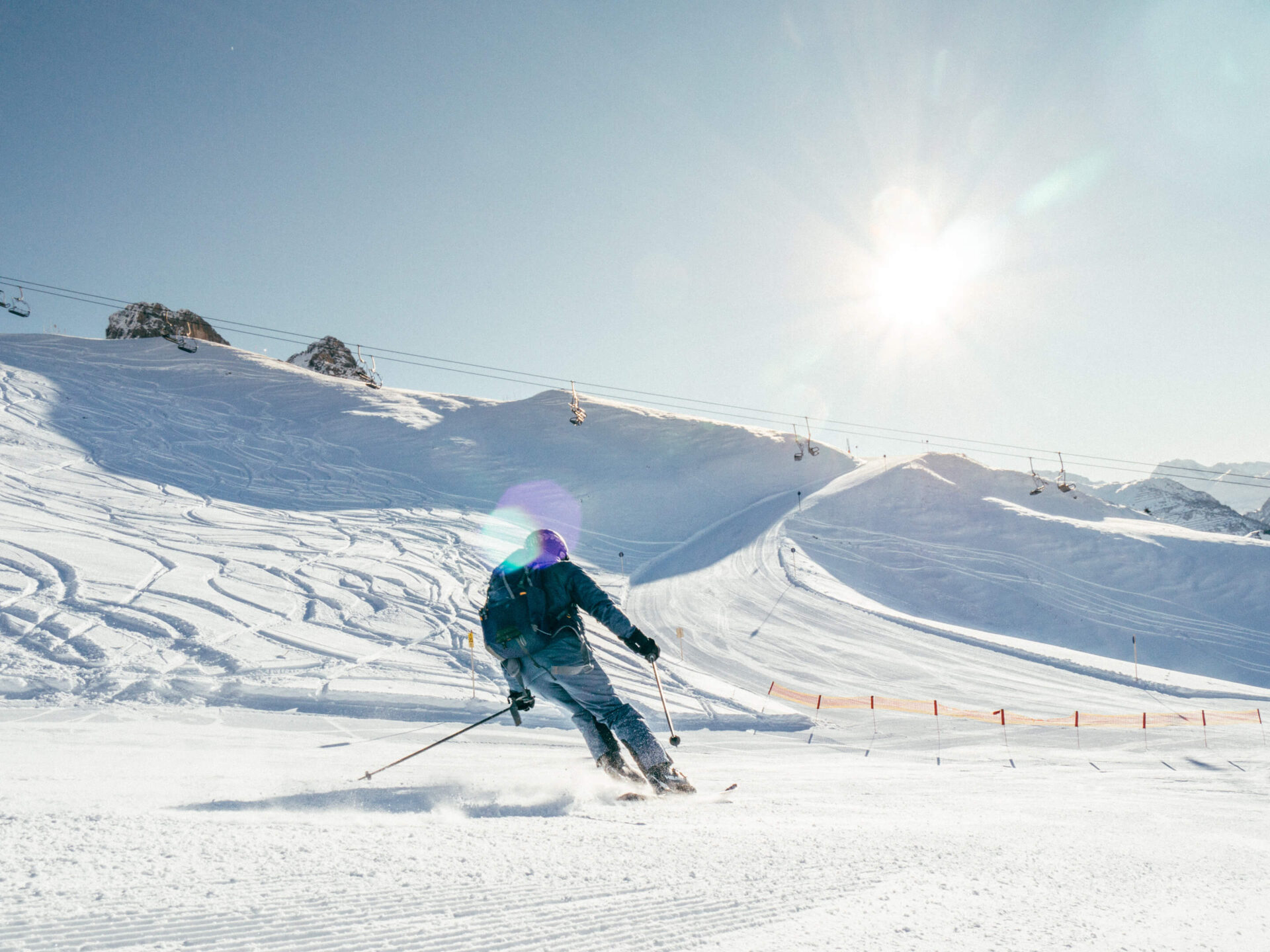 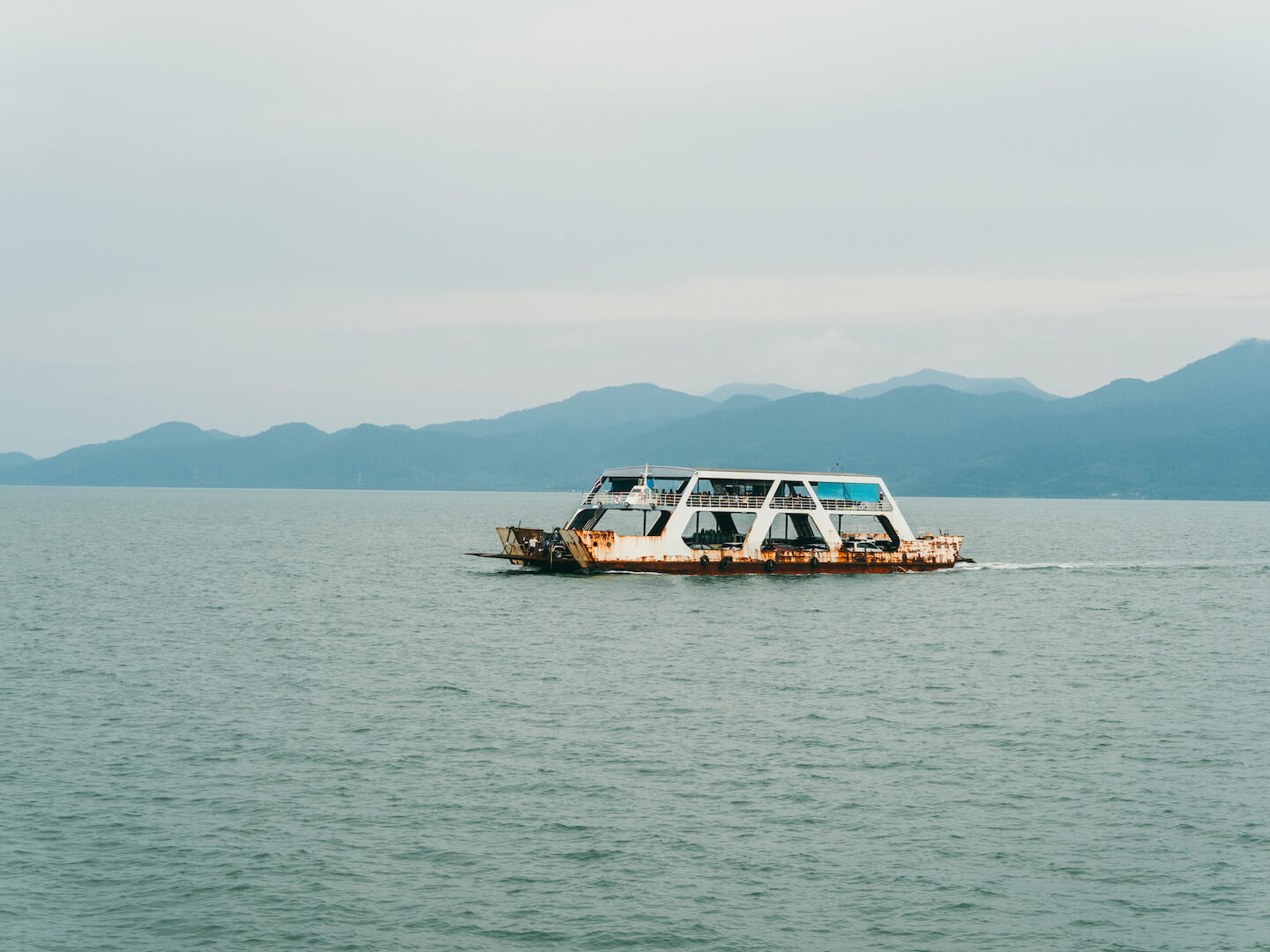