During our online research, we came across different weight information. According to the manufacturer, the Mountain Hardwear Rock™ 15F/-9C has a weight of around 1092g. However, the online shop gives the weight as 1125g. We weighed it again and the result was a weight of 1215g including the packing bag. Mountain Hardwear uses an 80/20 mix of down and feathers with a fill power of 650 cuin. The filling weight is about 600g. 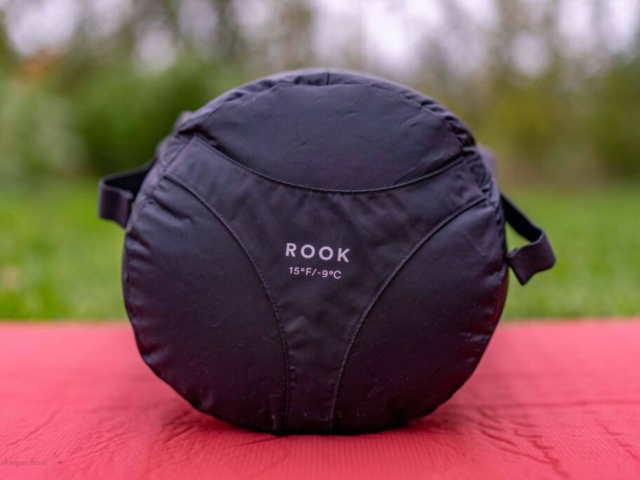 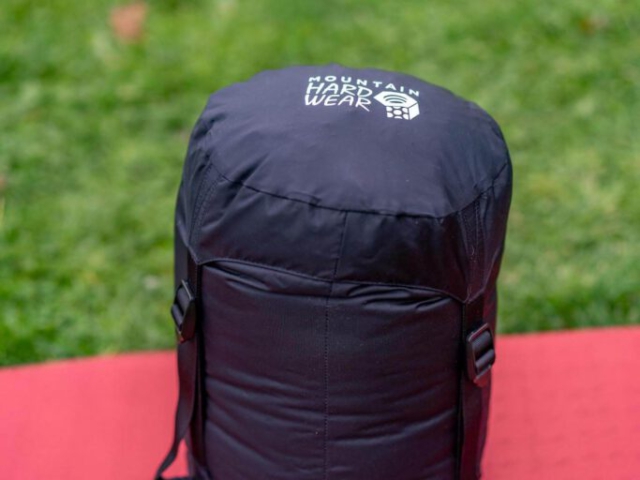 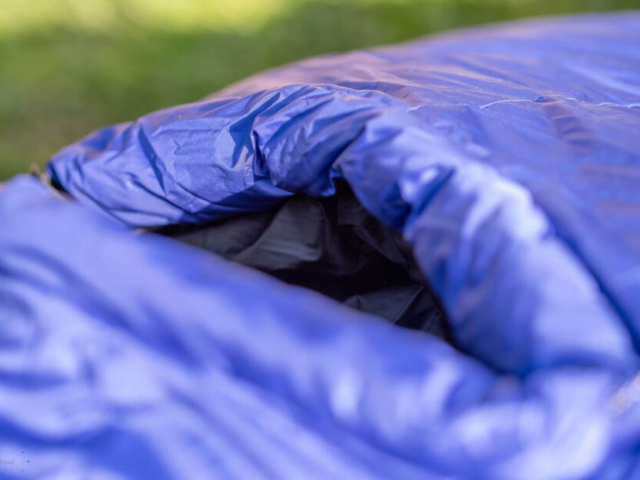 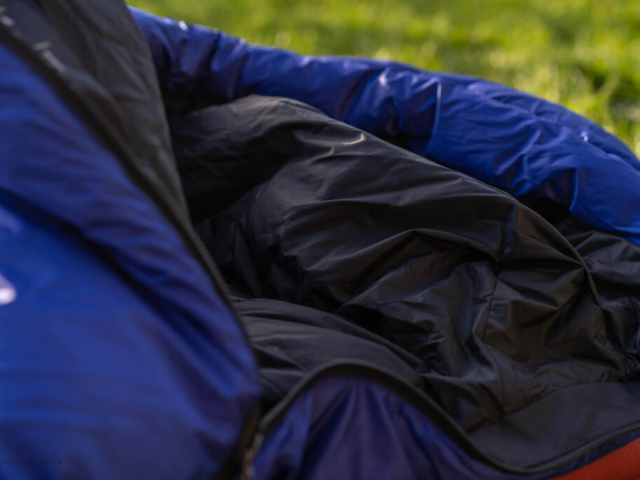 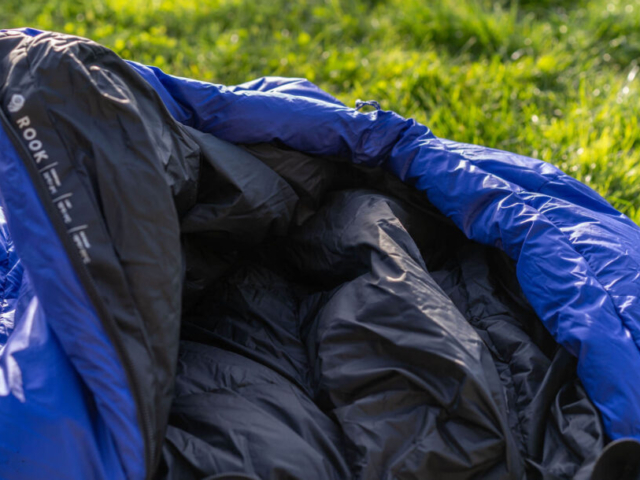 The outer material chosen by Mountain Hardwear is water-repellent, which means that the Rook ™ 15F / -9C can also be used for bivouacking, as the sleeping bag is hereby often covered with dew in the spring and autumn. 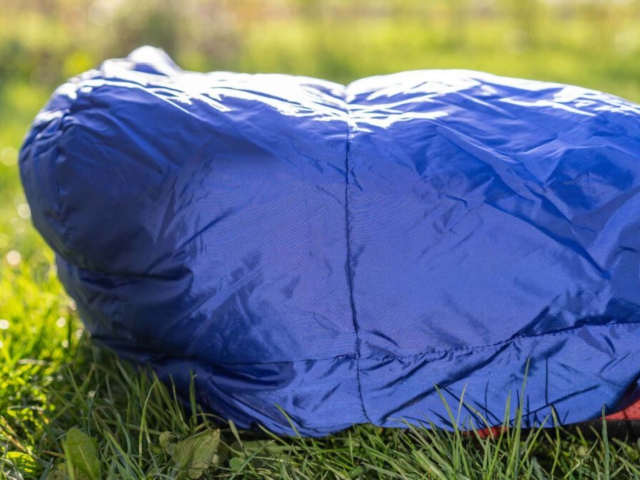 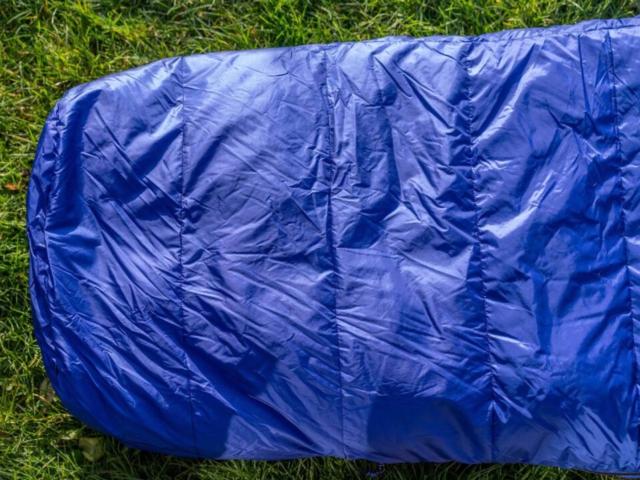 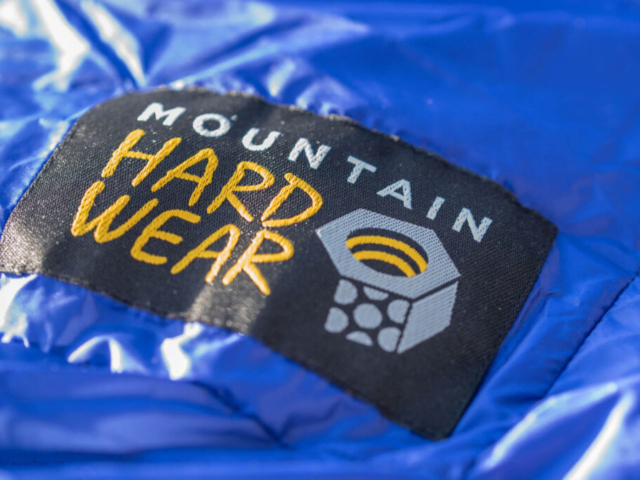 In order to test the thermal output of the Mountain Hardwear Rook™ 15F/-9C, we warmed up the sleeping bag and used a thermal imaging camera to see how much heat the sleeping bag emits and where cold bridges occur. 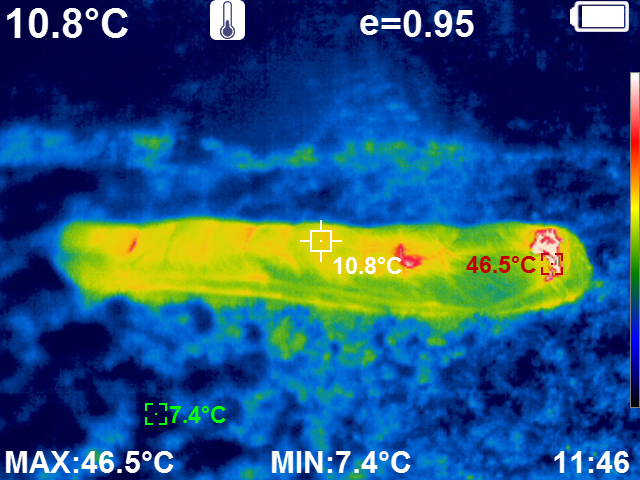 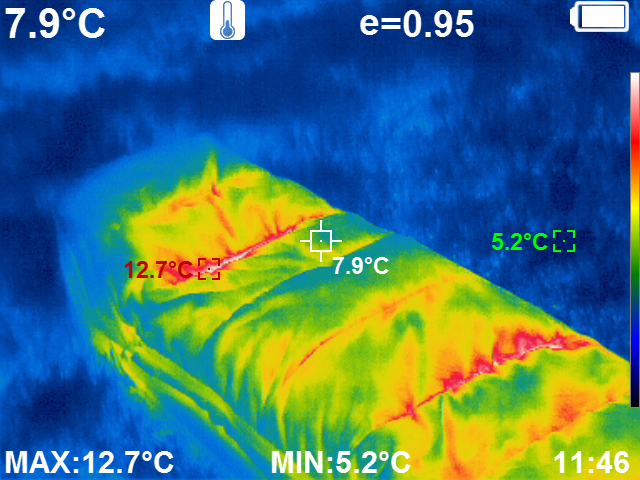 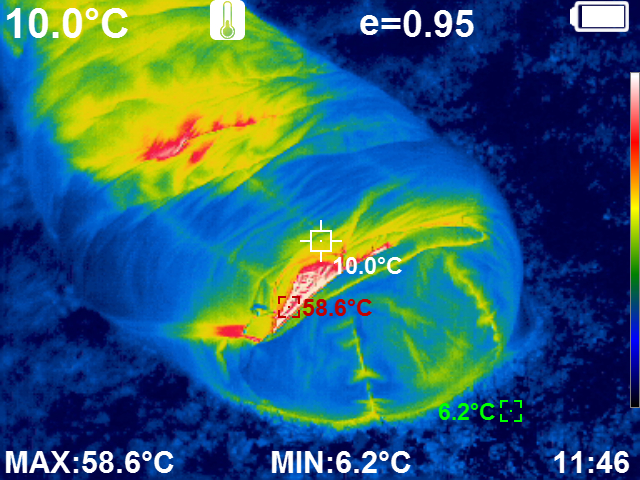 The overall view of the Mountain Hardwear Rock™ 15F/-9C shows a surface temperature of 10.8 ° C in the middle of the sleeping bag. This is approx. 2 ° C higher than with comparable sleeping bags. One reason for this could be, for example, the low fill power (650cuin) of the down used. Furthermore, two particularly heat-permeable areas are noticeable in the overall view. It should be noted here, however, that these areas were exposed to a particularly high amount of heat during the test. The area in the middle of the sleeping bag that was exposed to the same heat does not show this heat release. From this it can be concluded that the Rook ™ 15F/-9C is better lined in the middle section than in the foot and upper area. In the close-up of the head area, it can be seen that heat emits here both via the seams and the surfaces.

The Rook™ 15F/-9C shows a few weak points in the thermal heat test but is generally a very solid winter sleeping bag. Personally, we were not the convinced by the material that Mountain Hardwear uses, because in our opinion it is not particularly pleasant on the skin and does not feel very cosy.

In summary, one can say that the Mountain Hardwear Rook ™ 15F/-9C is a good winter sleeping bag for all those who focus on price and not packing size and weight. 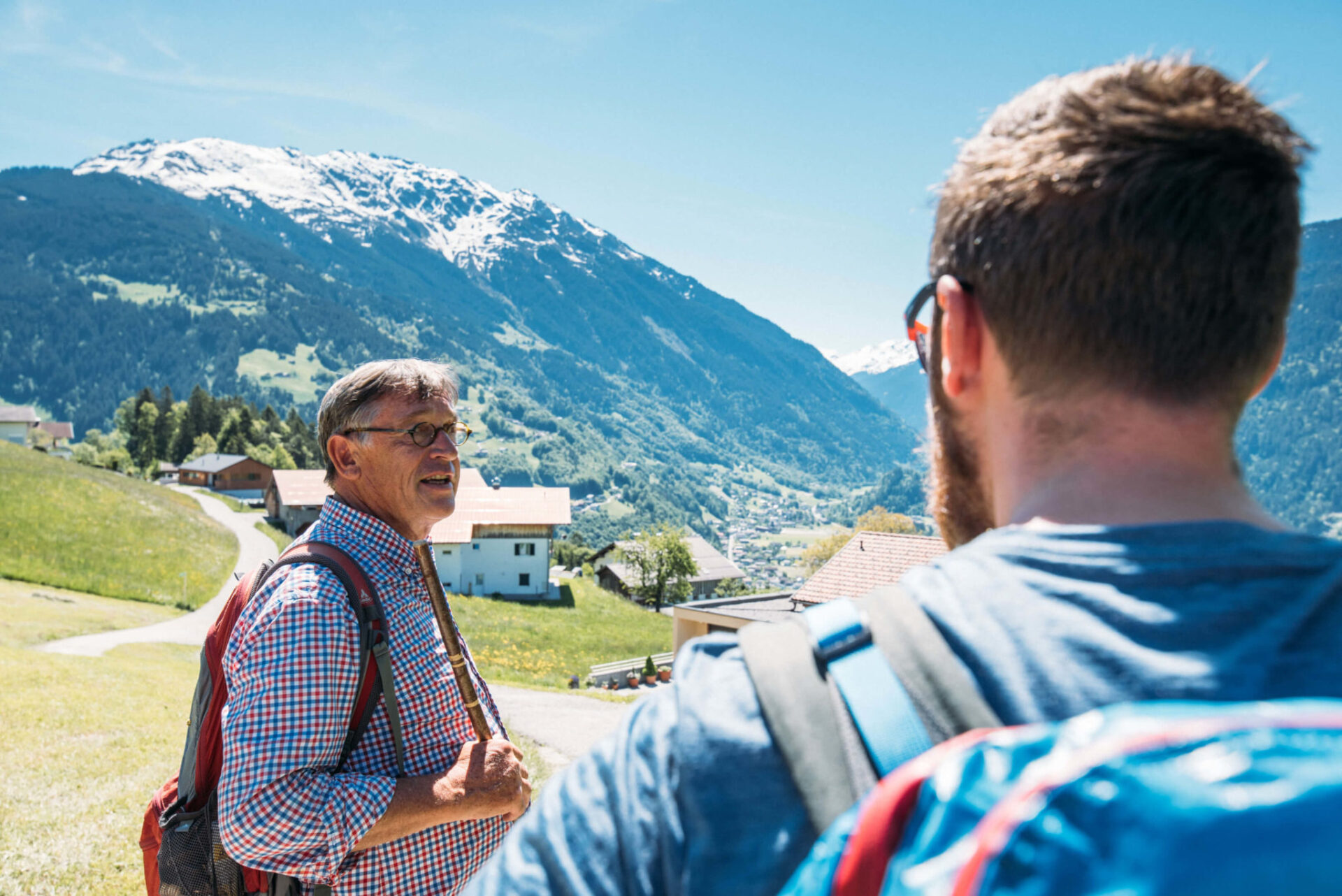 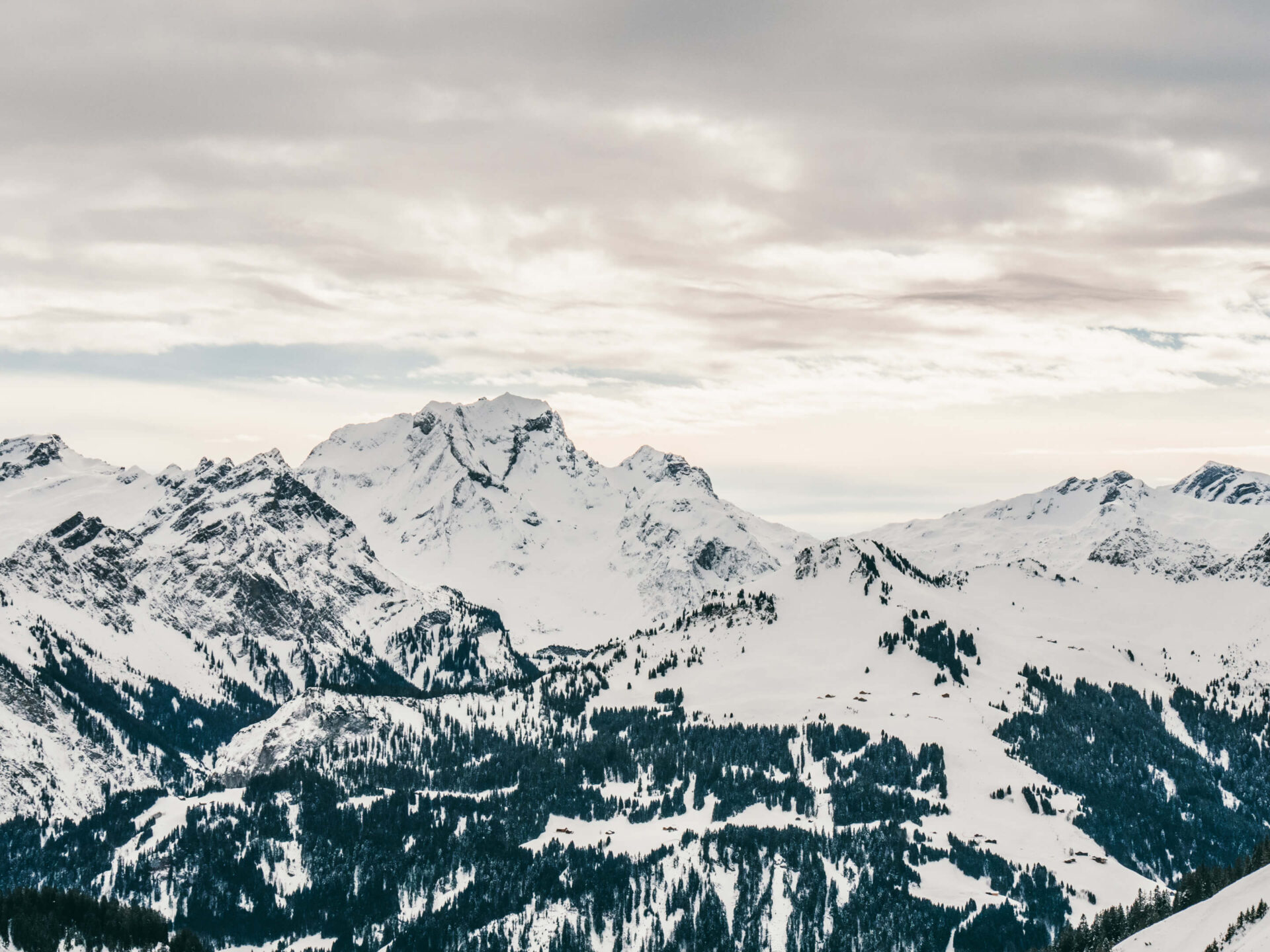 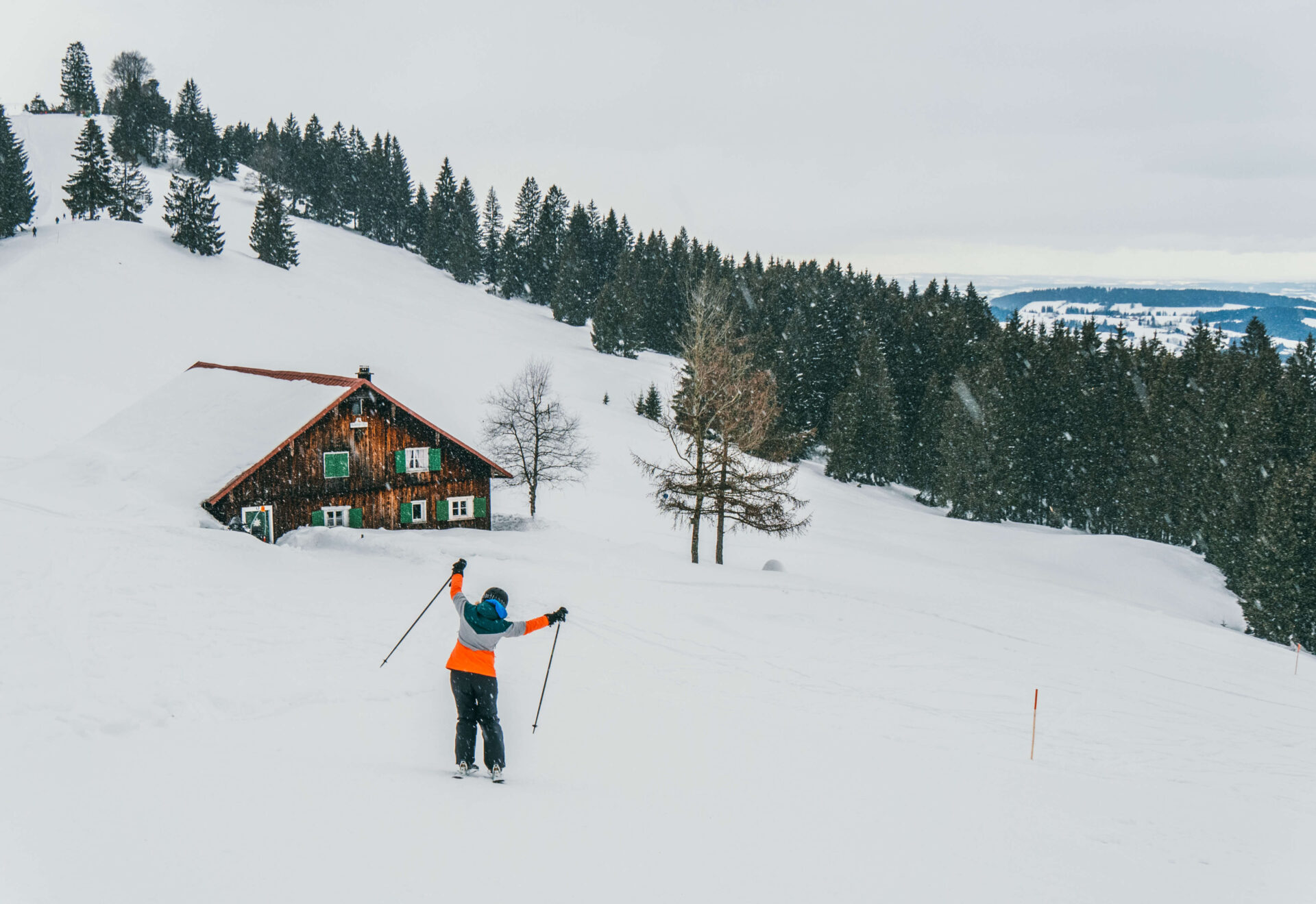