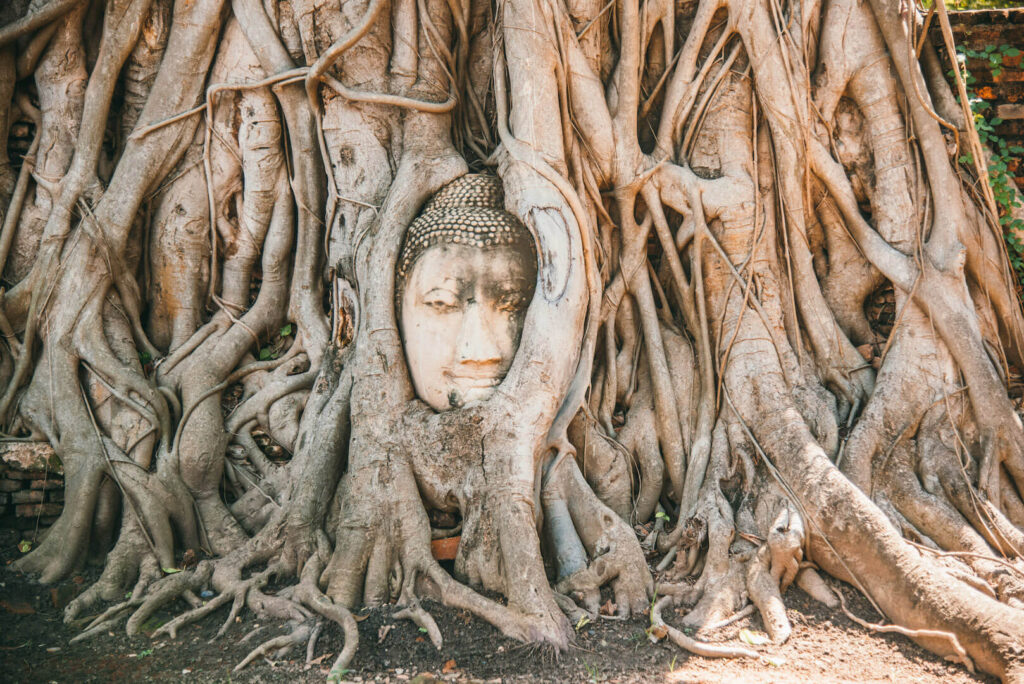 We bought the train tickets to Ayutthaya directly at Bangkok railway station. One ticket for the third class without seat reservation was 20 Bat. In the end, a seat reservation would have been very nice because it was very hot in the train and the 3rd class was pretty crowded so we ended up standing the whole two hours of the trip. Tickets for the 2nd class are not much more expensive and are more comfortable. However, we had some nice conversations with others in the train.

Getting around in Ayutthaya

On the train, we also met Mosu, and together with her we rented a Tuktuk in Ayutthaya. We read before that you should not take the Tuk Tuks directly in front of the train station, as the drivers want more money for the tours. We went a little further and we bargained at little with the driver and agreed on 900 Bat for 4 hours. In the end, we paid 1500 Bat for six hours. And it was really worth it! Ayutthaya is simply a sightseeing dream and four hours were definitely not enough time to visit the temples we wanted to see and even in six our we only saw a few of the temples in Ayutthaya.

The driver took us from one temple to the next and was waiting for us outside. It was really convenient to have a driver to get to the different temples because the distance between some temples were rather far. It is also possible to rent bikes in Ayutthaya but for us this was not an option because we were only for one day in Ayutthaya and wanted to see as much as possible. On the other hand, it was also very hot and biking would have been quite hard.

For lunch, the driver took us to a very expensive tourist restaurant, where all the tourist ate their lunch. But at least the food was good. After lunch, we continued our sightseeing and visited some more temples. At the end of the day, have visited about 8 temples but it never got boring because the temples are all very different.

It is possible to buy a combi-ticket for 6 of the temples for 220 Bat to save some money. But it only saves money if you plan on visiting all six of the temples.

Before heading back to Bangkok, we had dinner together at a very nice restaurant just on the opposite side of the train station entrance. The food was really cheap and absolutely delicious. It was a perfect end for our trip to Ayutthaya.

We had a wonderful day in Ayutthaya and we can definitely recommend going there!

The next stop of our trip was the beautiful island Koh Chang in the very East of Thailand. 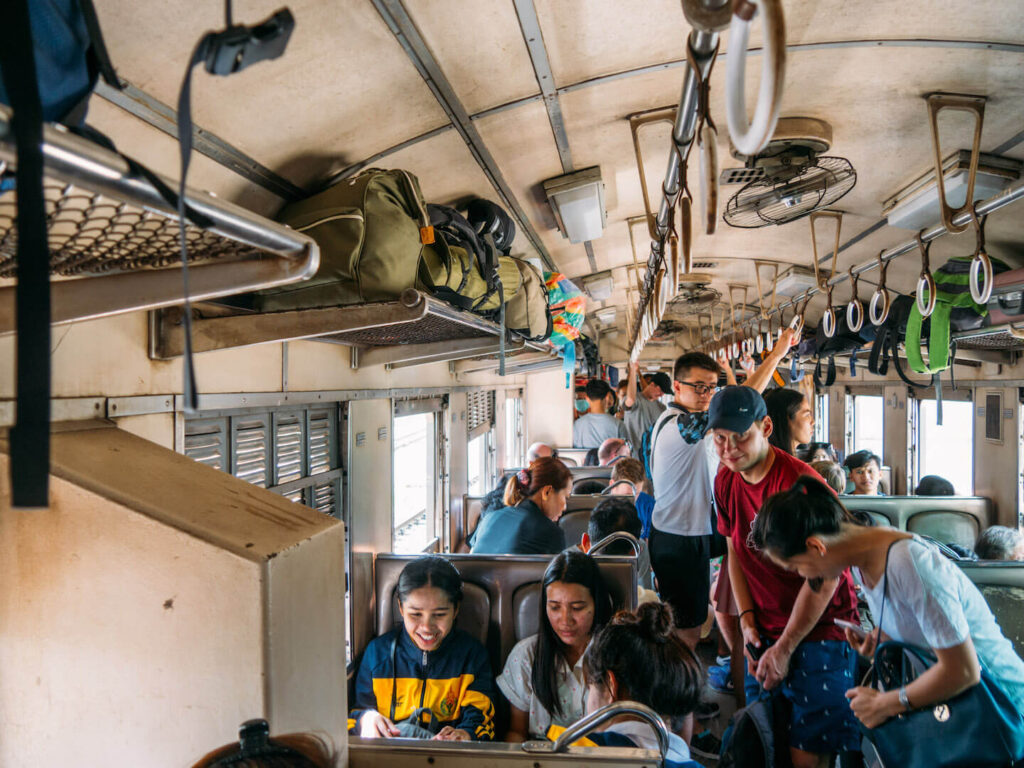 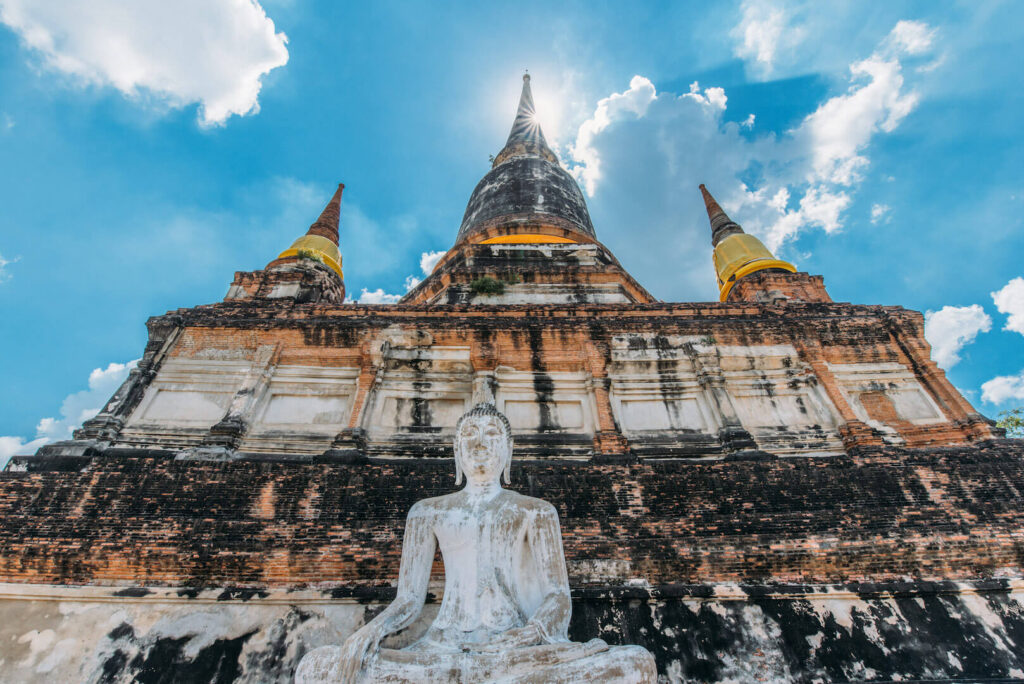 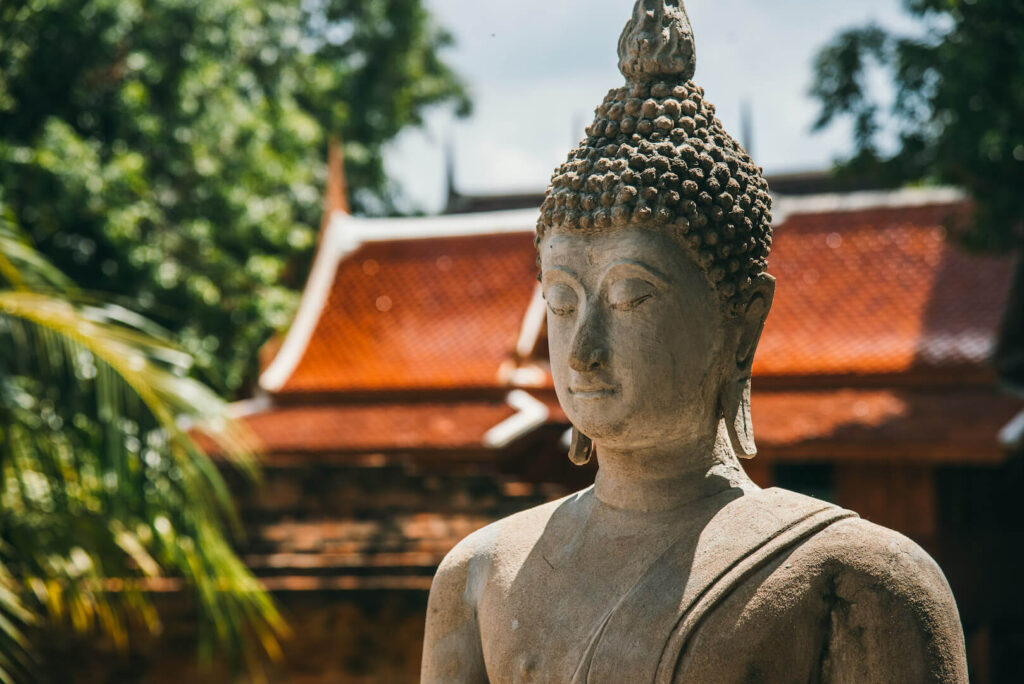 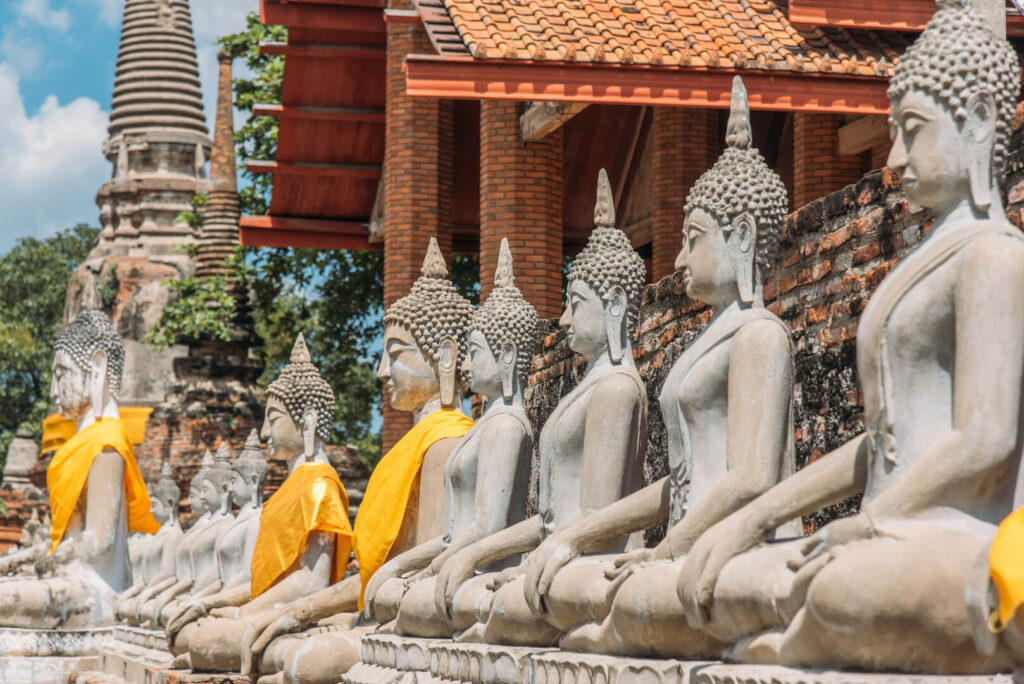 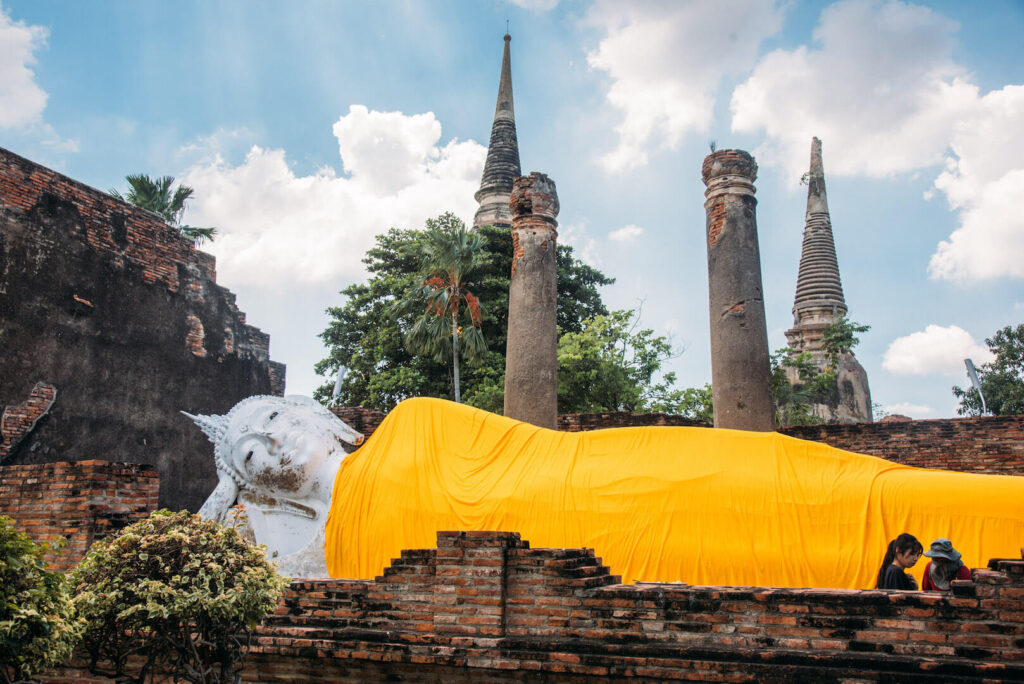 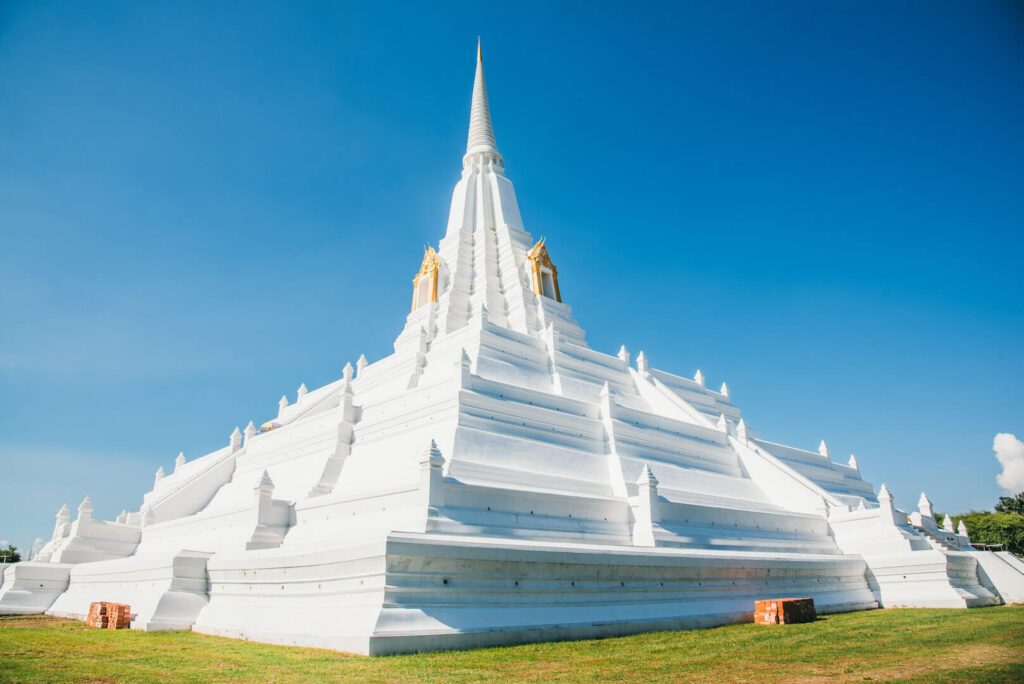 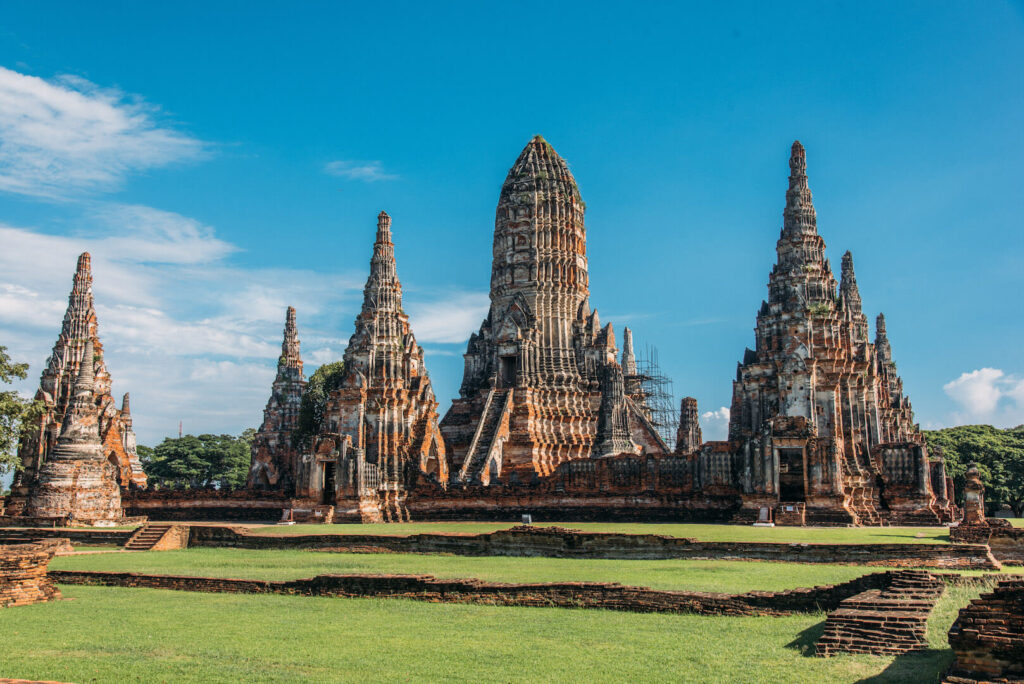 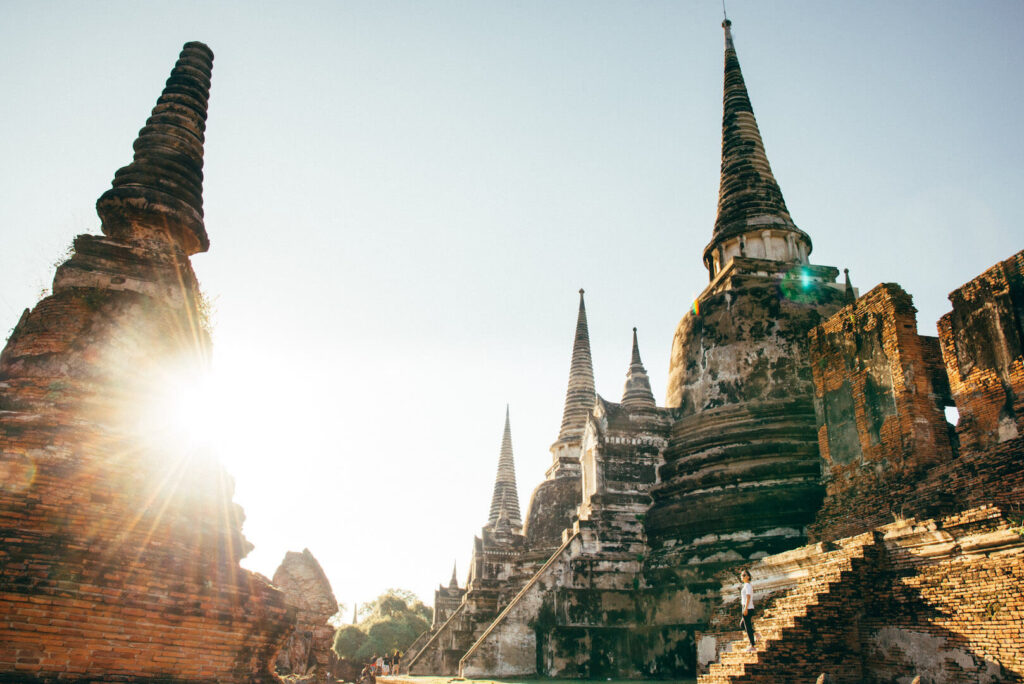 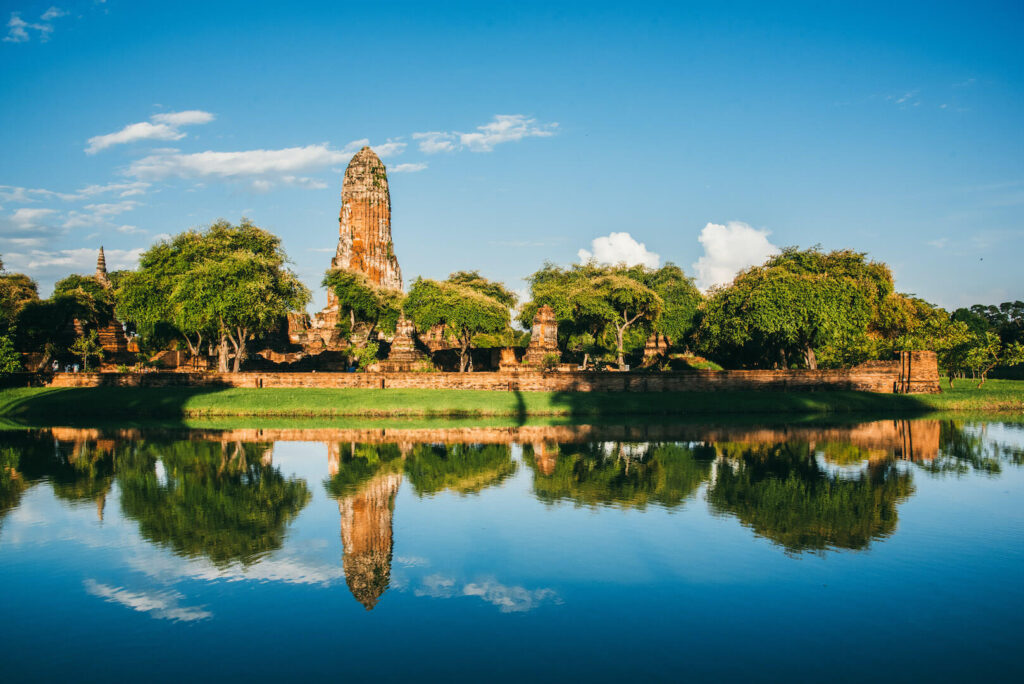 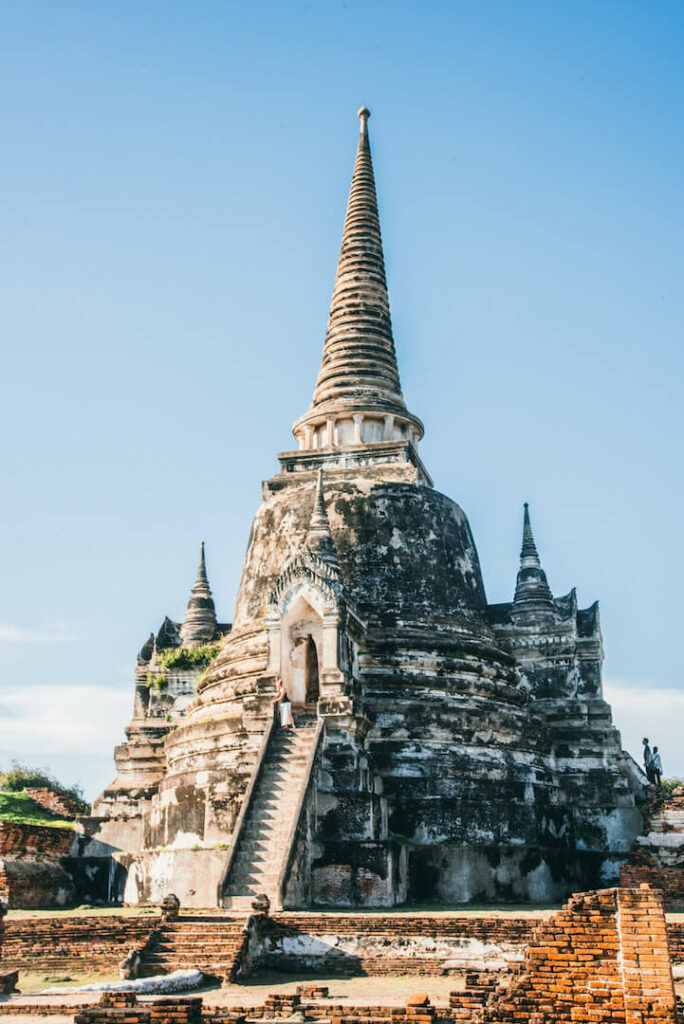 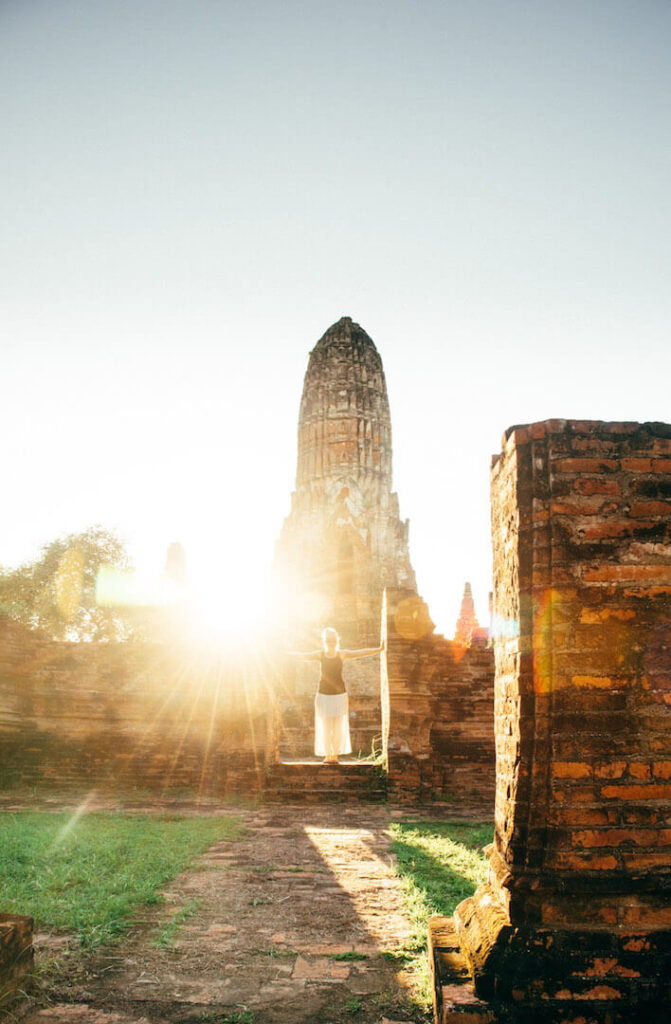 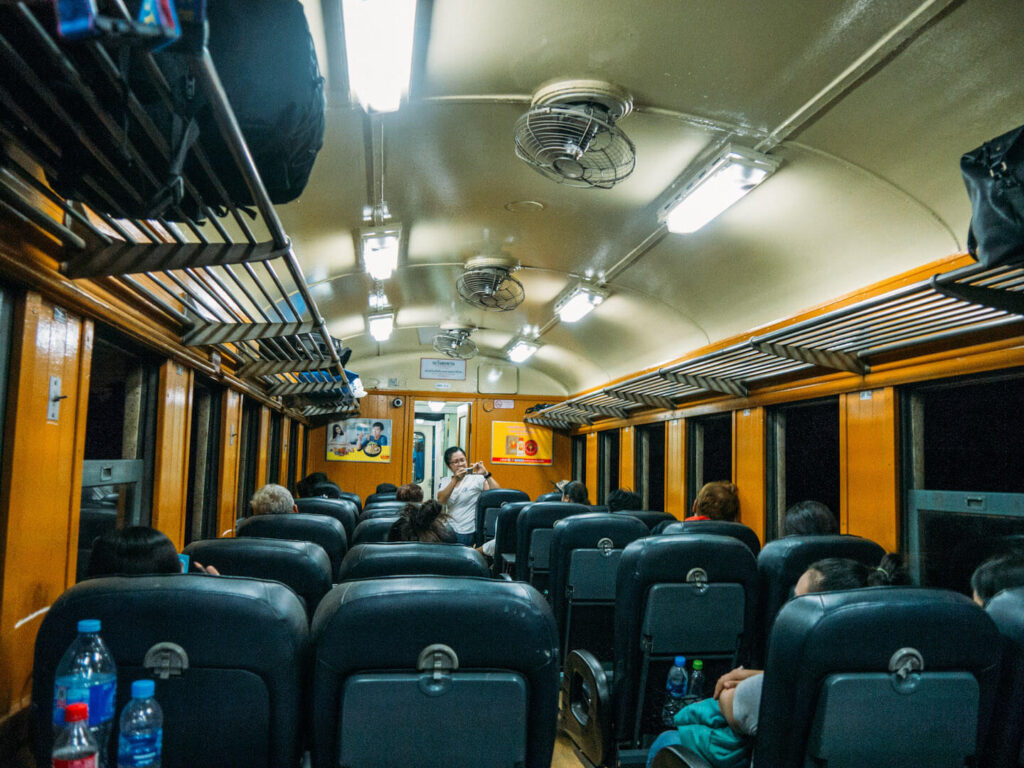 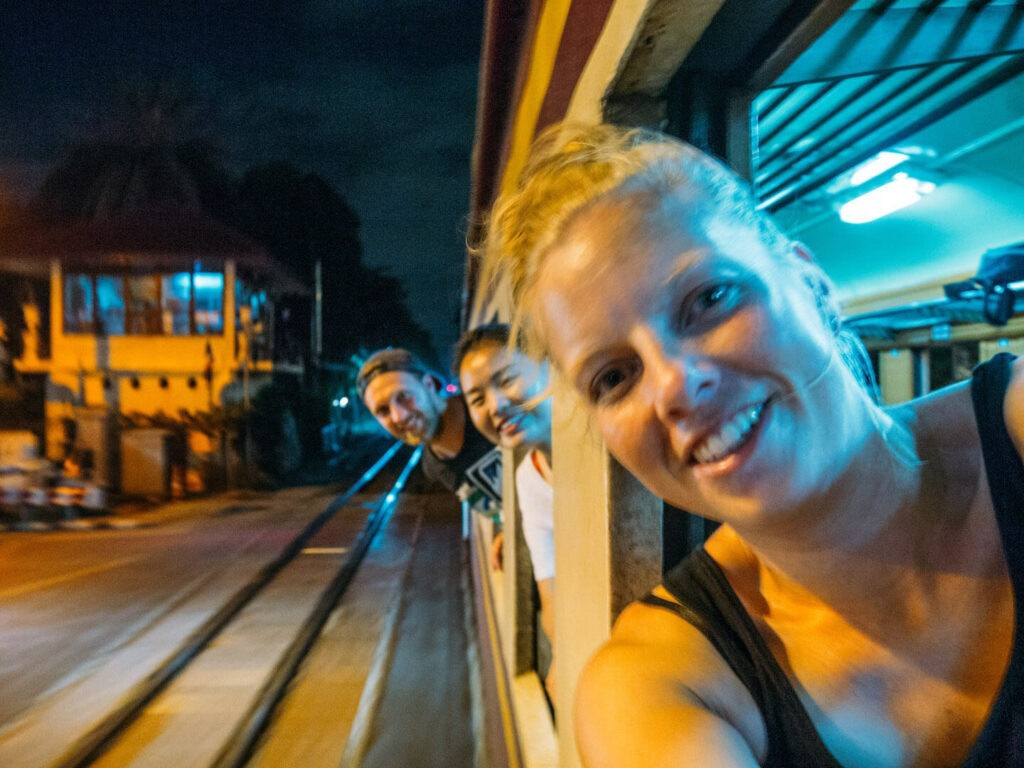 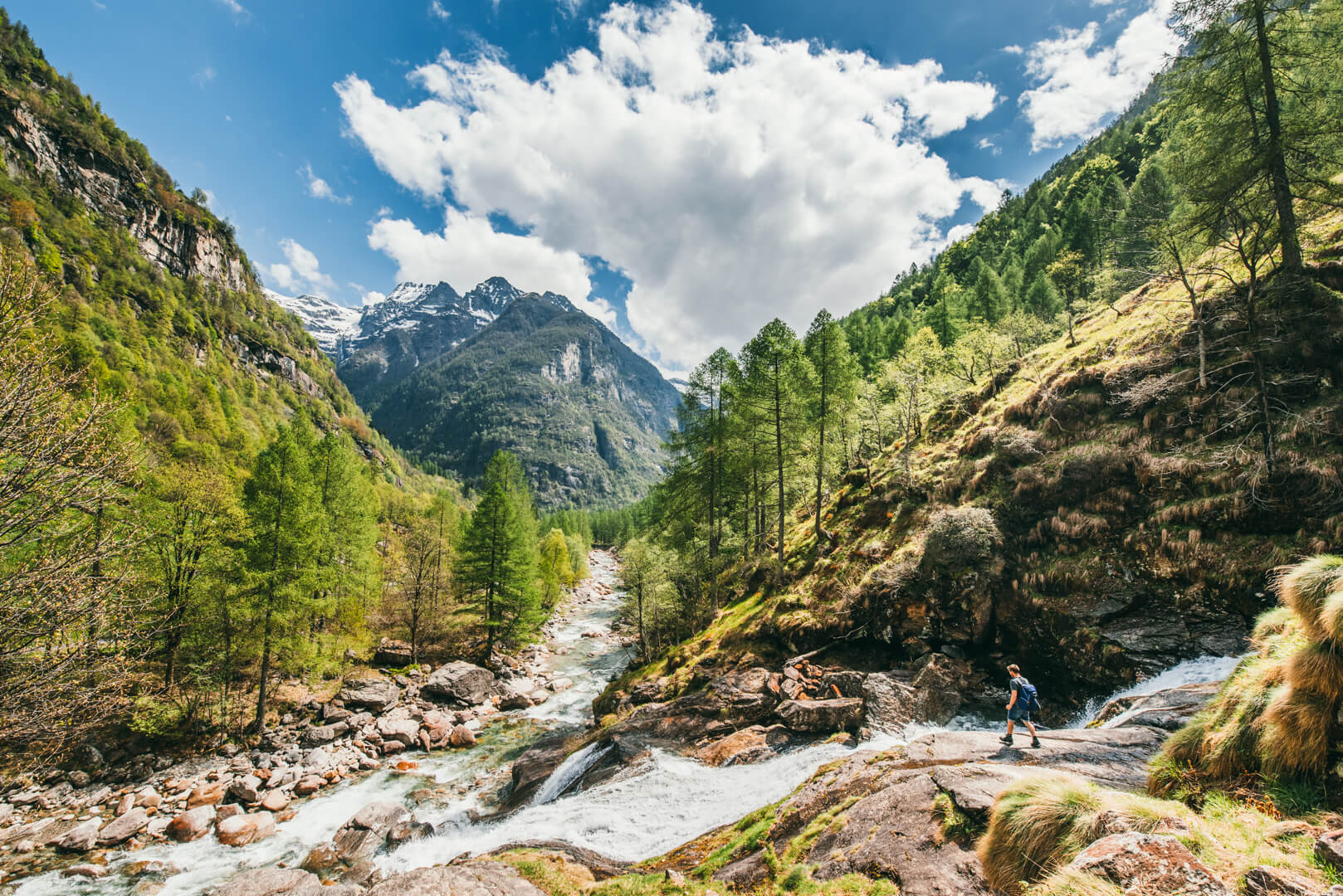 That is why you should visit the Verzasca Valley 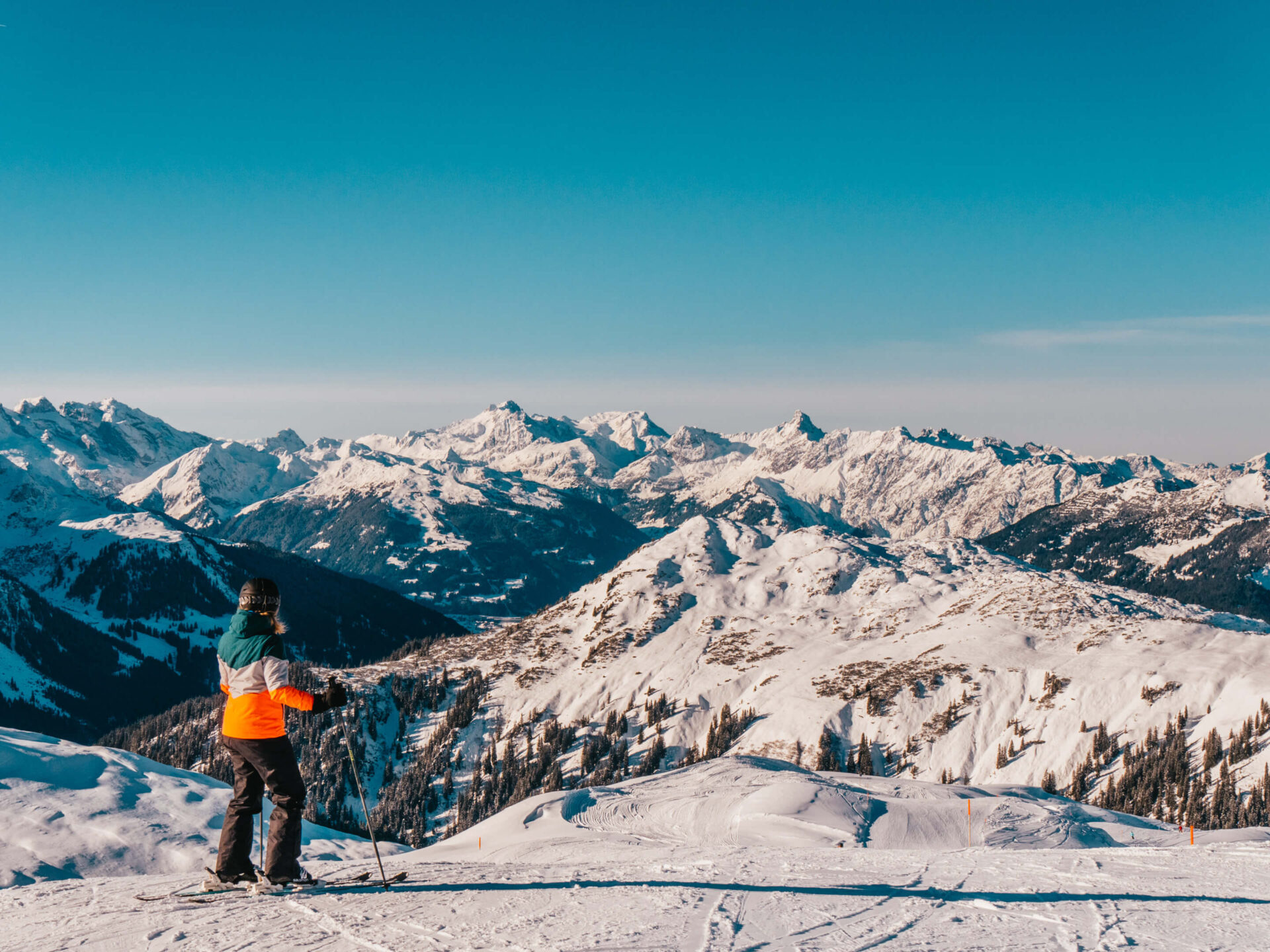 Sonnenkopf – the family ski area at the Arlberg 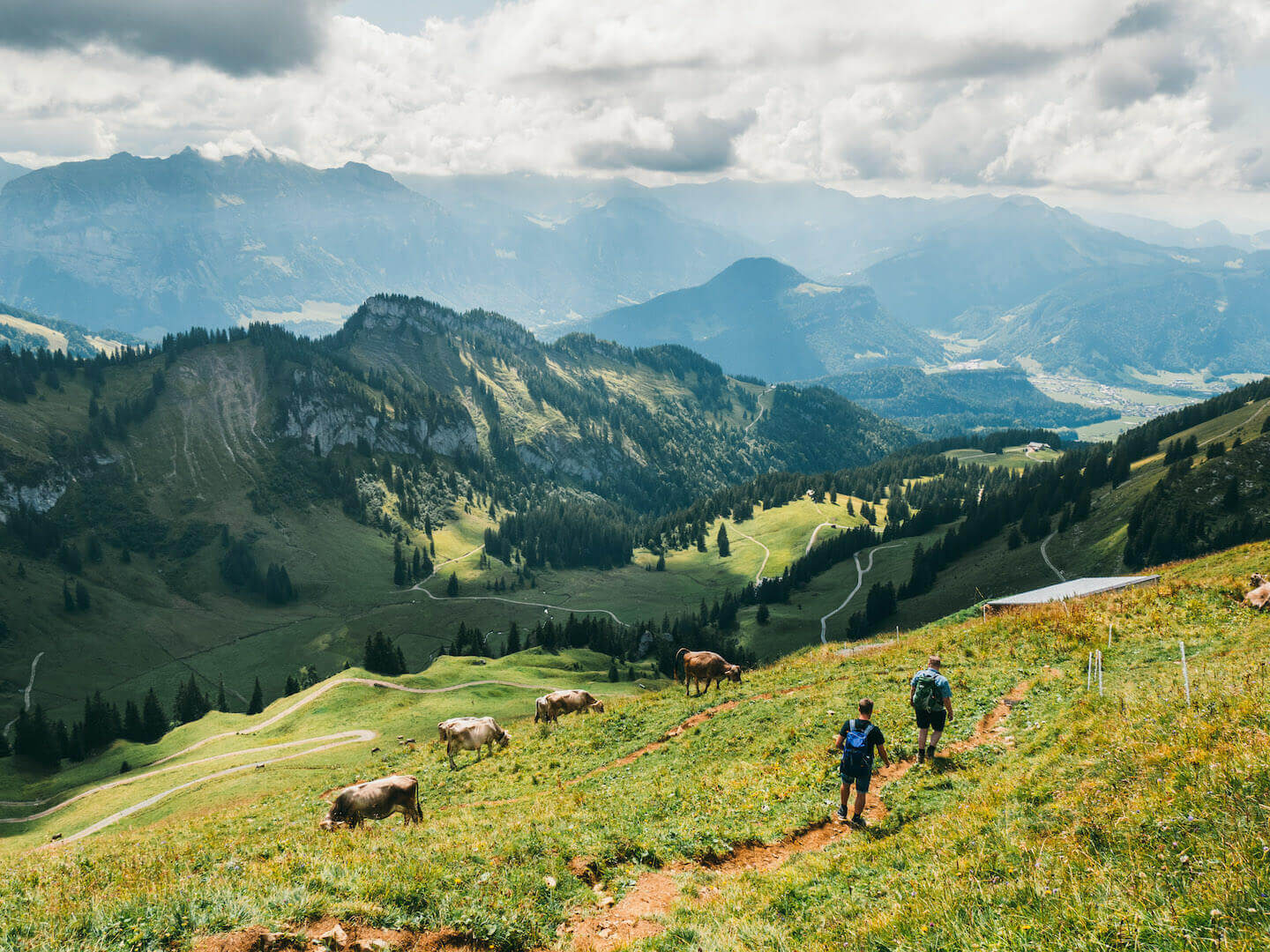 Far up in the Bregenzerwald – the Winterstaude