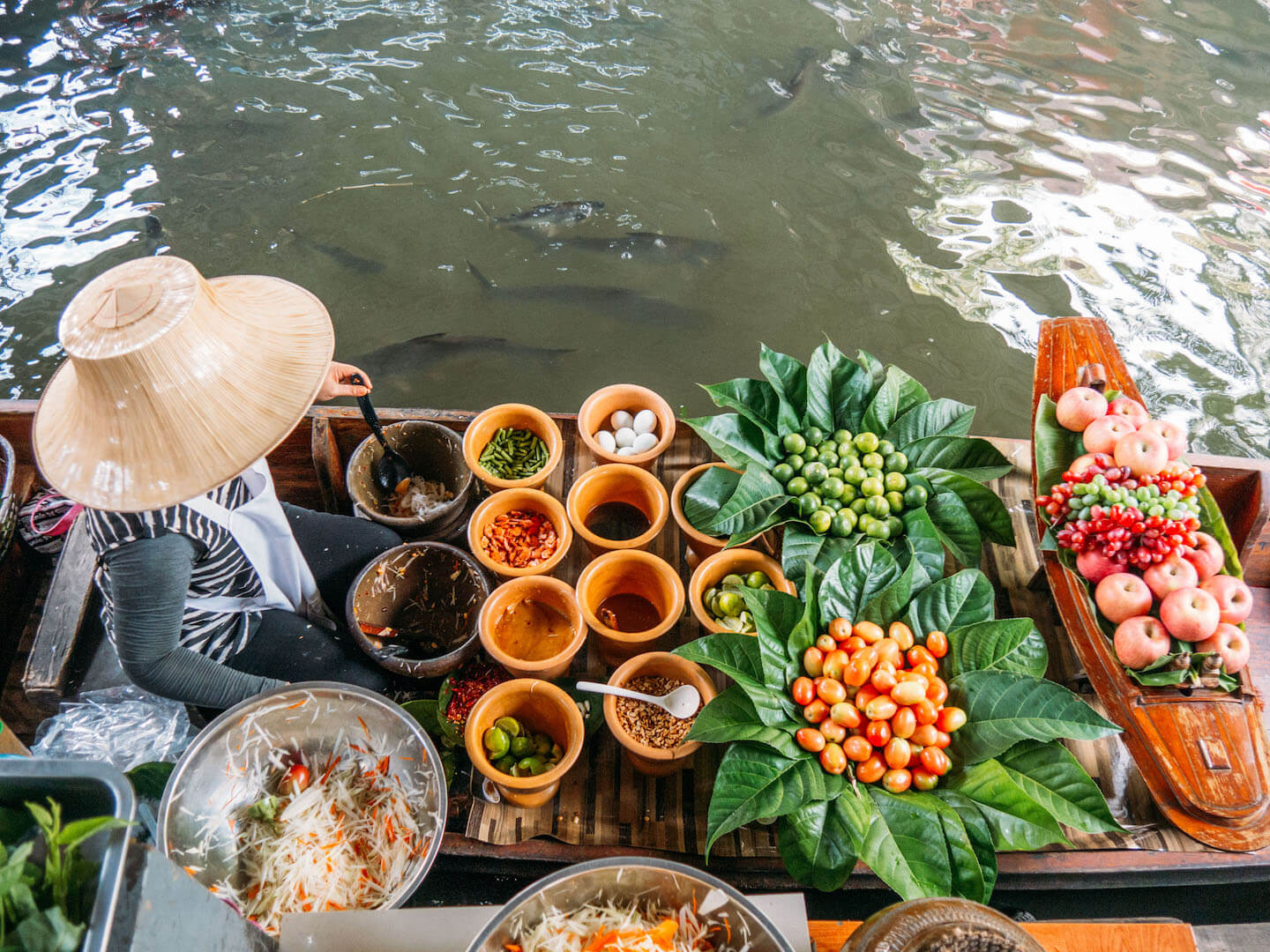 Today we wanted to get up early again and continue exploring Bangkok. The alarm went off very early – as nearly always during our stay. But then we saw that it was raining outside and we were happy to postpone getting up.

We really wanted to see and visit a floating market. However, we did not want to use half the day for the transport. We did some research and found the small floating market Taling Chan.

Taling Chan – How to get there

We took the MRT as far as possible till Hua Lamphong and then we took a taxi for the rest of the way. The MRT line should be extended, so it might be good continue on the MRT a little longer if possible.

Our taxi driver was so great! He was a huge Germany fan and talked a lot about Rudi Völler, Lothar Matthäus and Michael Ballack. He also made fun of the fact that Christiane bought way overpriced Coconuts at Sukhumvit station. He gave us some hints how we could go back – such a nice driver.

The floating market was really small. There were just enough boats to be called a floating market. Nevertheless, it was nice market with a lot to see. Around the market were also a lot of “normal” booth where you could buy a lot of different stuff.

We bought some really delicious Prawns (300TB) and took a seat at one of the plastic tables to watch the crowds passing by. So, if you don’t want to drive so far and still want to visit a floating market, Taling Chan is definetly worth a visit!

Afterwards, we walked to the temple on the other side of the river. There were also some stalls where we bought a Thai black tea (buy one, so tasty!) and a mango smoothie. At first, we wanted to take the taxi and train back to the city center, but then we thought it would be nice to take the boat back to the city. So, we asked a little around and the tea guy found a boat driver who could bring us to the city for 500 TB.

After passing a floodgate and some really nice temples, we arrived at the temple Wat Arun. It is incredible how many boats are arriving and leaving to bring all the people to this beautiful temple. Remember to bring a scarf or a shirt to cover your shoulders! The temple was really nice. Thousands and thousands of small stones make this temple so special. We walked around for some time and decided then to head back to the hotel. We took the tourist boat to China Town and from there a taxi back to the hotel.

We finished the day in a tasty Indian restaurant (in Sukhumvit it is so difficult to find Thai cuisine!), before we headed back to the Continent hotel to pack our bags – the next day we left for Koh Chang, where we enjoyed the beach, went kayaking and diving.

Another great day trip from Bangkok is the temple city of Ayutthaya. 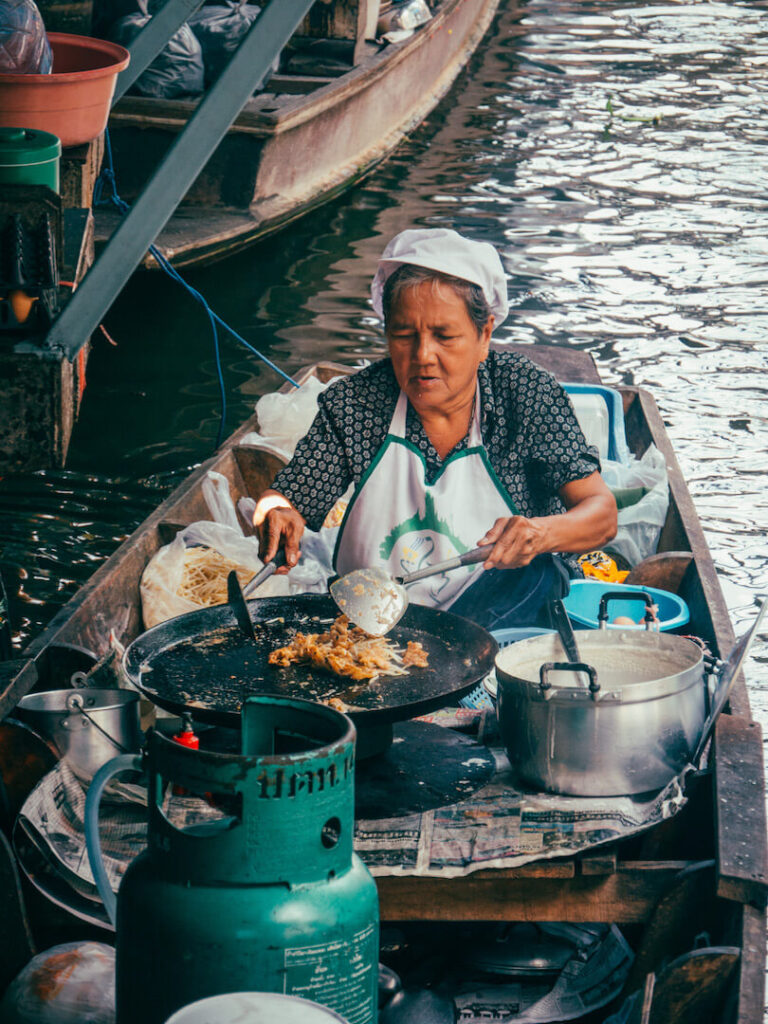 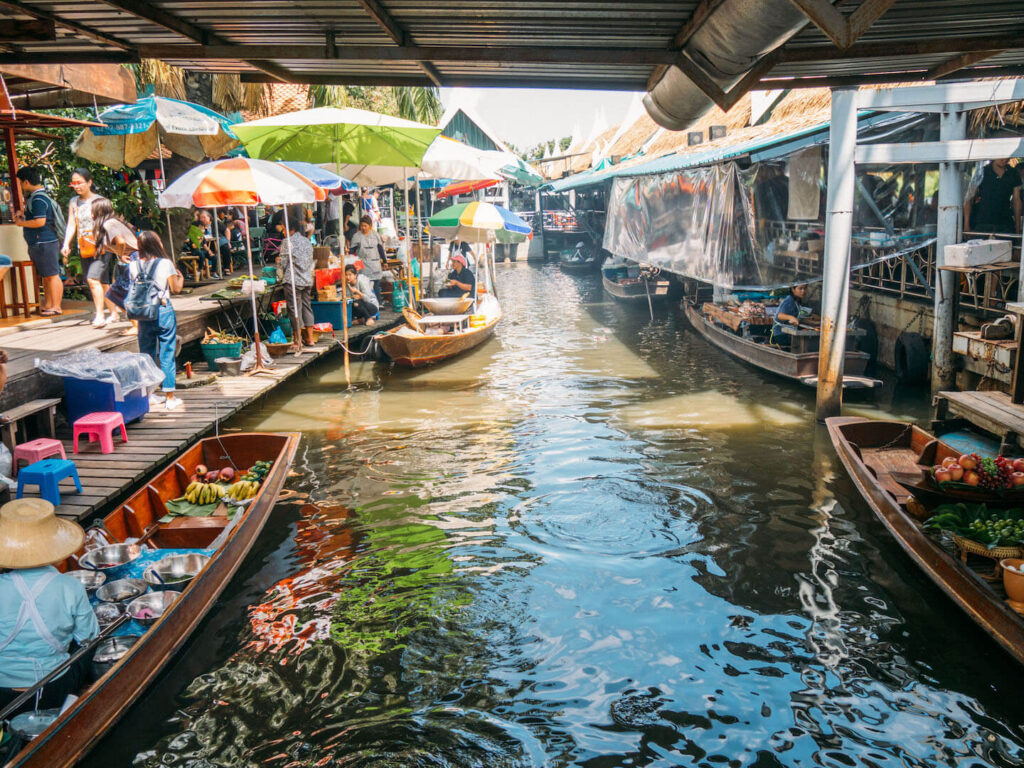 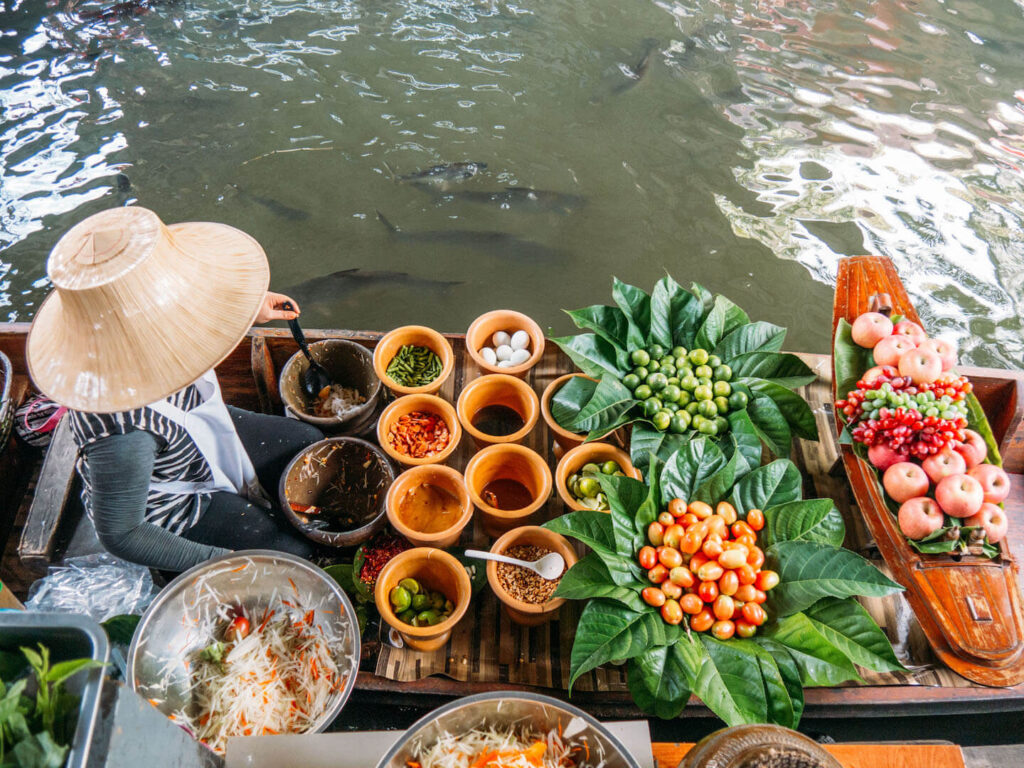 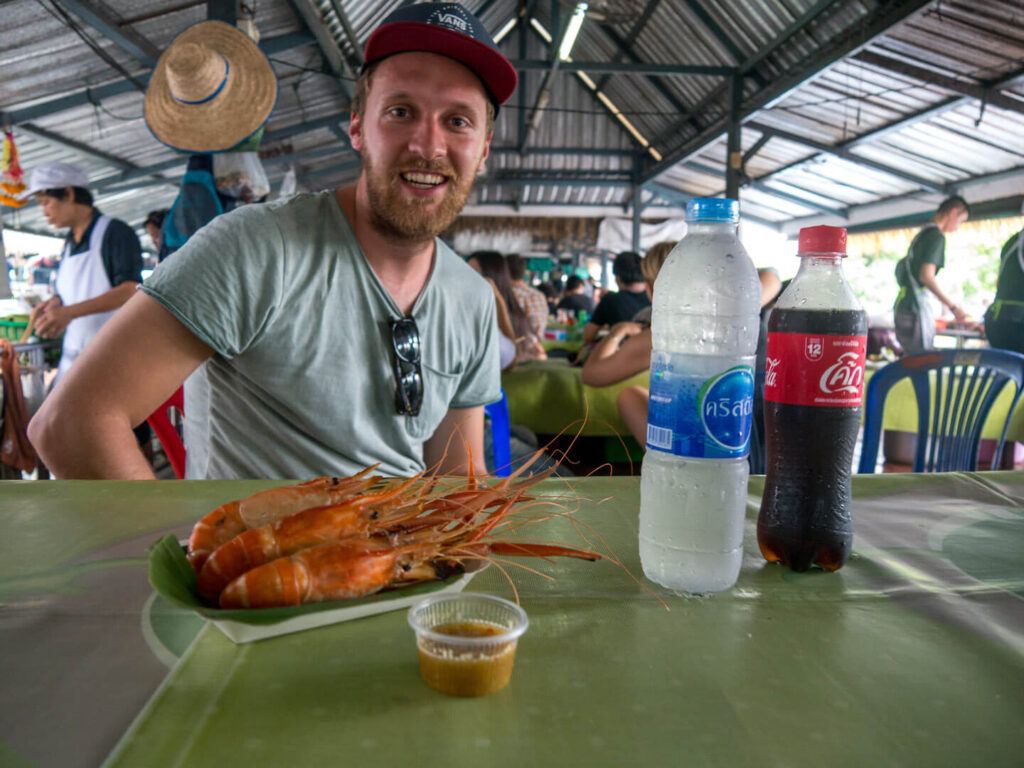 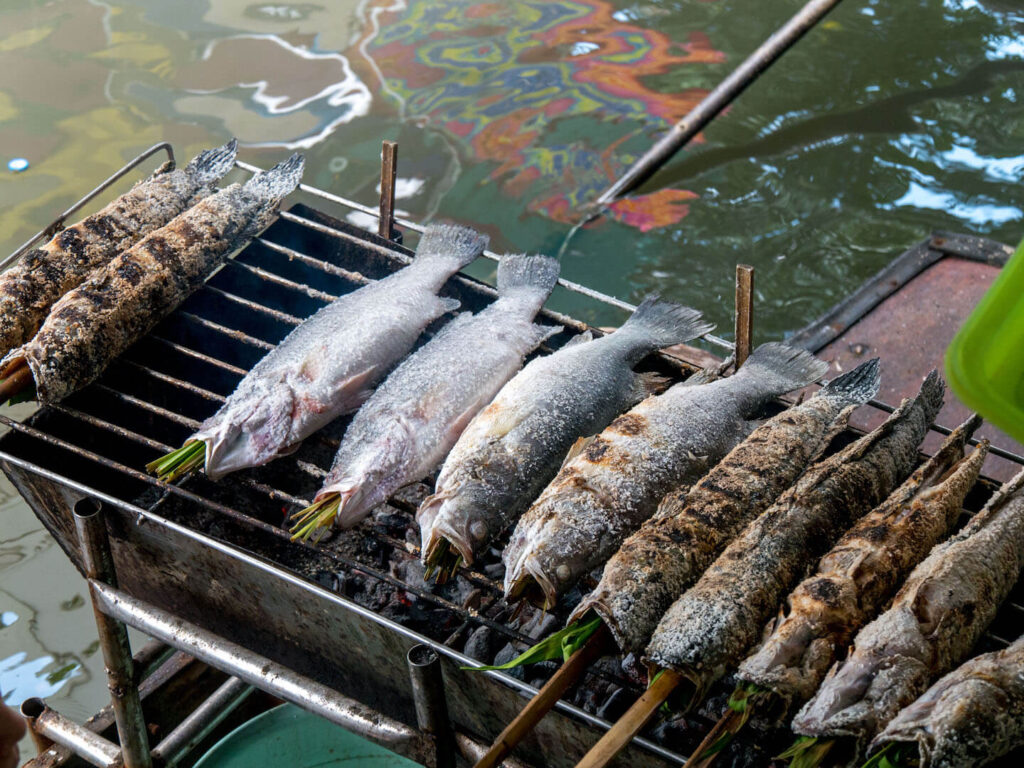 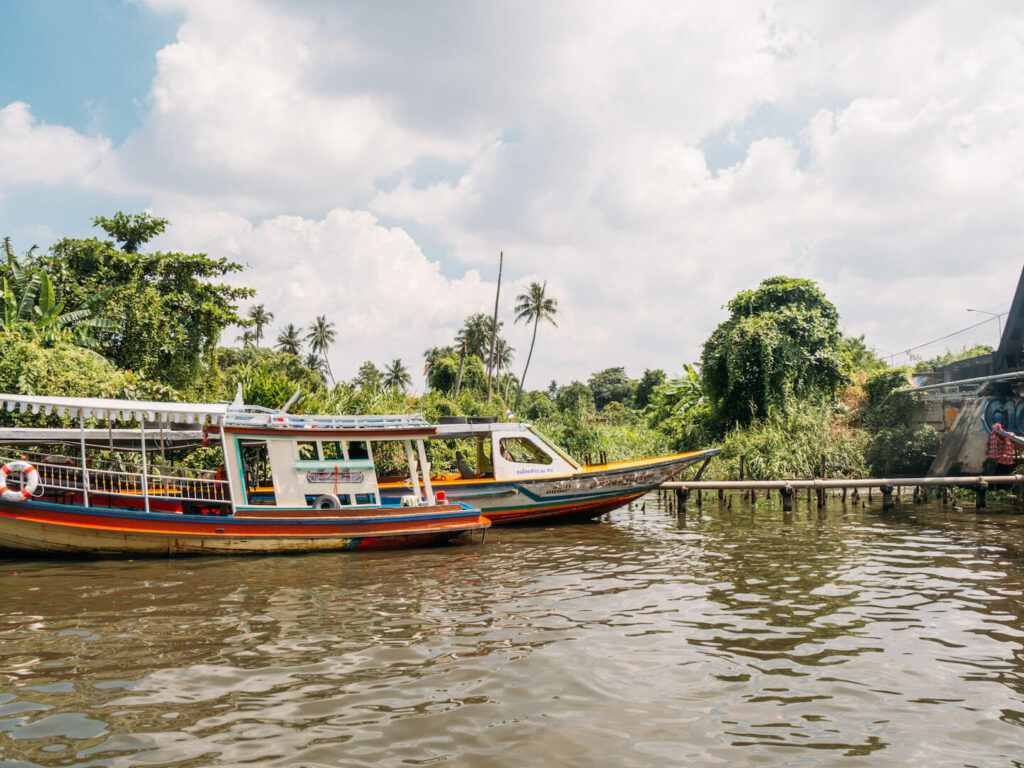 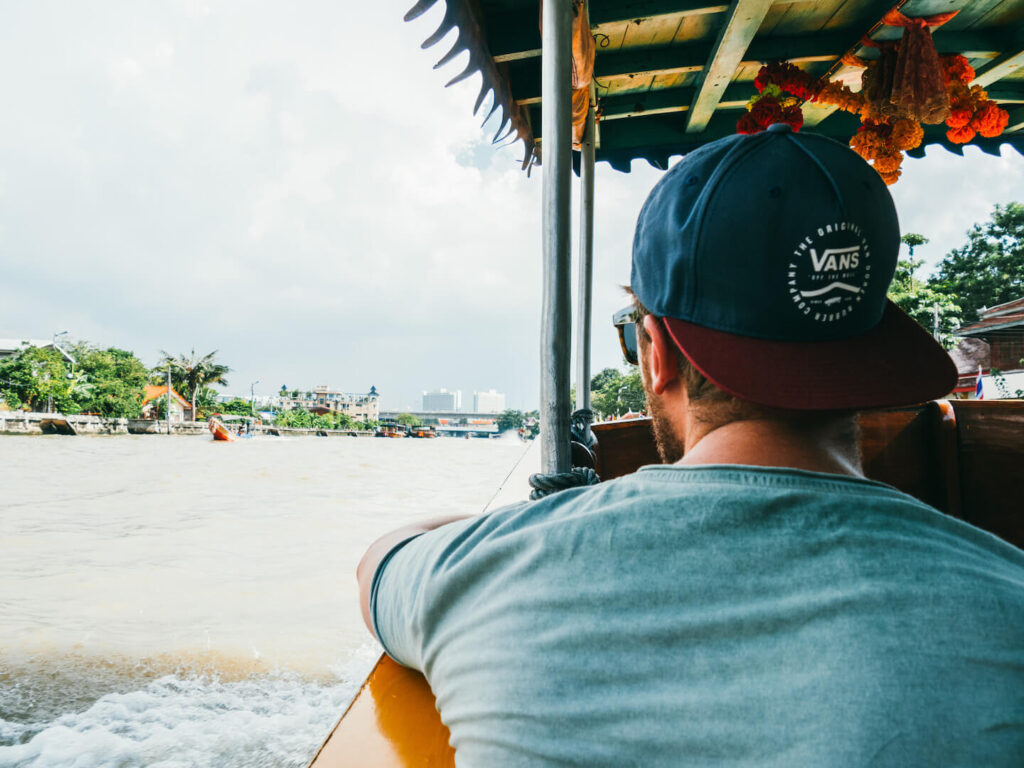 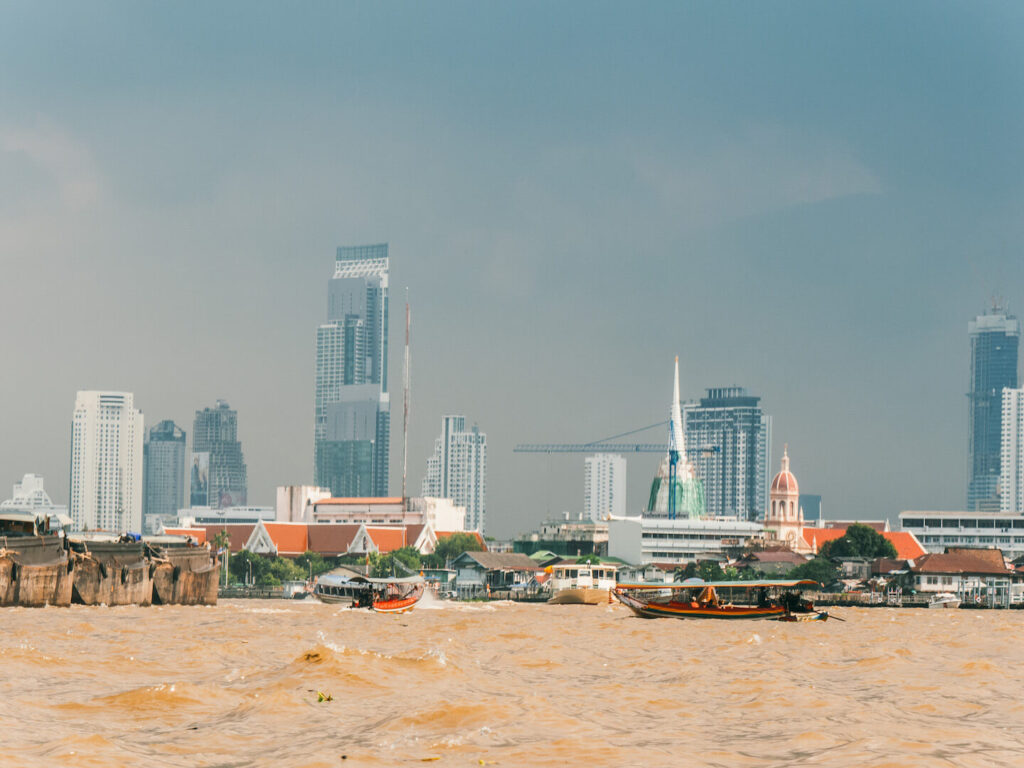 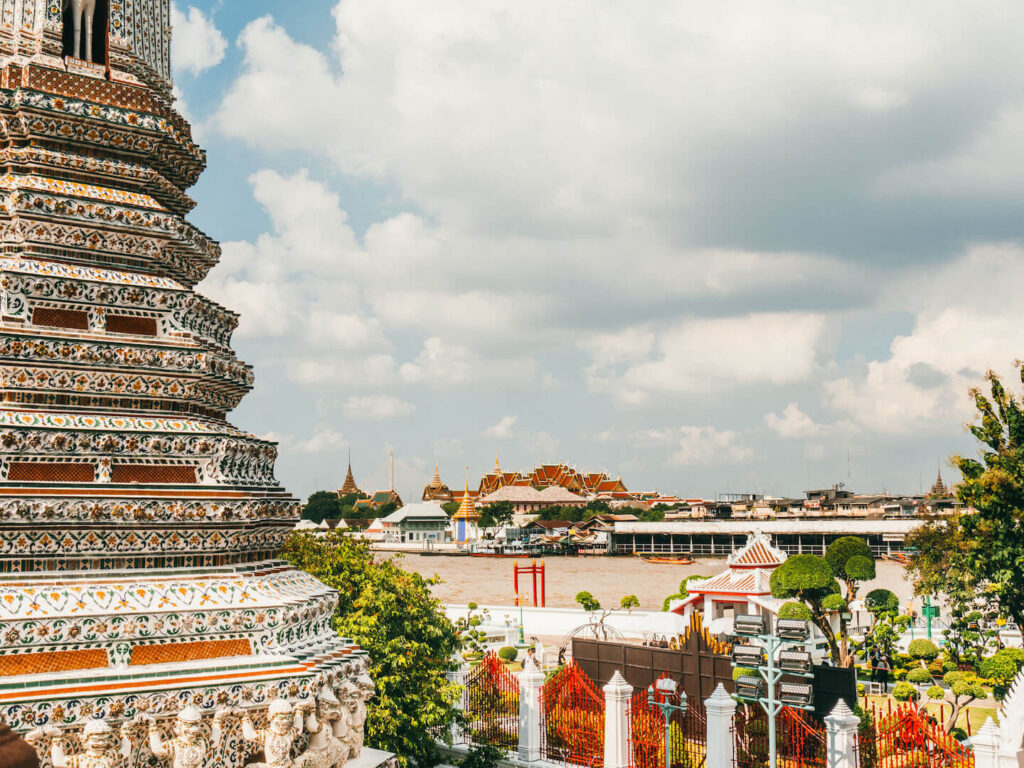